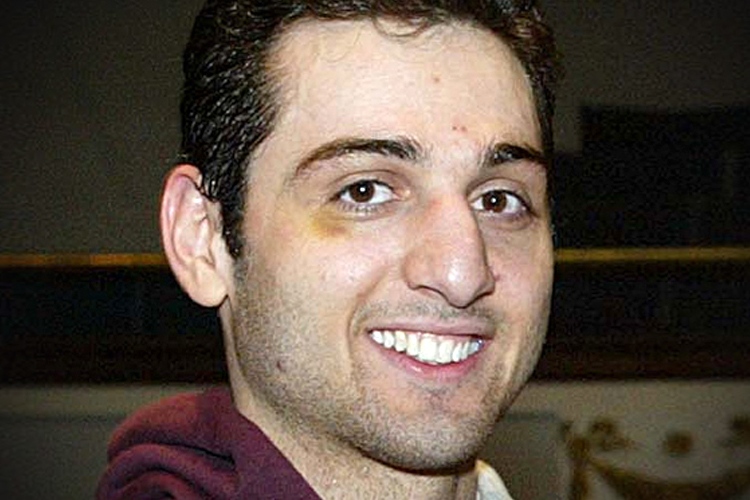 BOSTON -- Boston Marathon bombing suspect Dzhokhar Tsarnaev's lawyers asked a judge on Friday to order federal prosecutors to turn over evidence related to his family as they try to build a case that his older brother was the "main instigator" behind the deadly attack.

The defence team is seeking a host of records from prosecutors, including any evidence to support its claim the FBI had asked Tamerlan Tsarnaev to be an informant.

In a court filing, Dzhokhar's lawyers said they want records of all FBI contact with Tamerlan, based on information from the Tsarnaev family and unidentified other sources that the FBI asked Tamerlan to be an informant on the Chechen and Muslim community.

The Boston FBI office declined to comment on the claims made in the court filing but cited a statement it released in October in which it said the Tsarnaev brothers were never sources for the FBI, "nor did the FBI attempt to recruit them as sources."

Twin explosions at the April 15 marathon killed three people and injured more than 260 others. Tamerlan, 26, died in a shootout with police four days after the attack. Dzhokhar, who was 19 at the time of the bombings, was captured soon after his brother's death and has pleaded not guilty to 30 federal charges, including using a weapon of mass destruction.

More than half the charges carry the possibility of the death penalty. His trial is scheduled to begin in November.

Dzhokhar's lawyers, in their filing, note that a report released this week by the House Homeland Security Committee suggests that government agents monitored Tamerlan and his communications during 2011 and possibly 2012. The report said the FBI Joint Terrorism Task Force conducted a threat assessment of Tamerlan, an ethnic Chechen, in response to a 2011 alert from the Russian government that he was becoming radicalized.

Dzhokhar's lawyers wrote: "Any surveillance, evidence, or interviews showing that Tamerlan's pursuit of jihad predated Dzhokhar's would tend to support the theory that Tamerlan was the main instigator of the tragic events that followed."

In their court filings, Dzhokhar Tsarnaev's lawyers say that if a jury convicts him, its decision on whether to give him life in prison or the death penalty "could well turn on how it apportions the brothers' relative responsibility for conceiving and carrying out the attacks, and on the extent to which it views Tamerlan Tsarnaev as having induced or coerced his younger brother to help commit them."

"For this reason," the defence argued, "any evidence tending to show that Tamerlan supplied the motivation, planning, and ideology behind the Boston Marathon attack, and that his younger brother acted under his domination is material ... and is also subject to disclosure."

The brothers had lived in the former Soviet republic of Kyrgyzstan and the Dagestan region of Russia. They moved to Cambridge with their parents and two sisters about a decade before the marathon bombings.

Dzhokhar's lawyers also asked a judge to order prosecutors to disclose whether they plan to use evidence obtained through secret surveillance, arguing that any evidence showing Tamerlan's pursuit of Islamic holy war predated Dzhokhar's would tend to support the defence theory that Tamerlan was the driving force behind the marathon bombing. They asked for any evidence collected under the Foreign Intelligence Surveillance Act.

A spokeswoman for U.S. Attorney Carmen Ortiz did not return a call seeking comment on the defence filings.