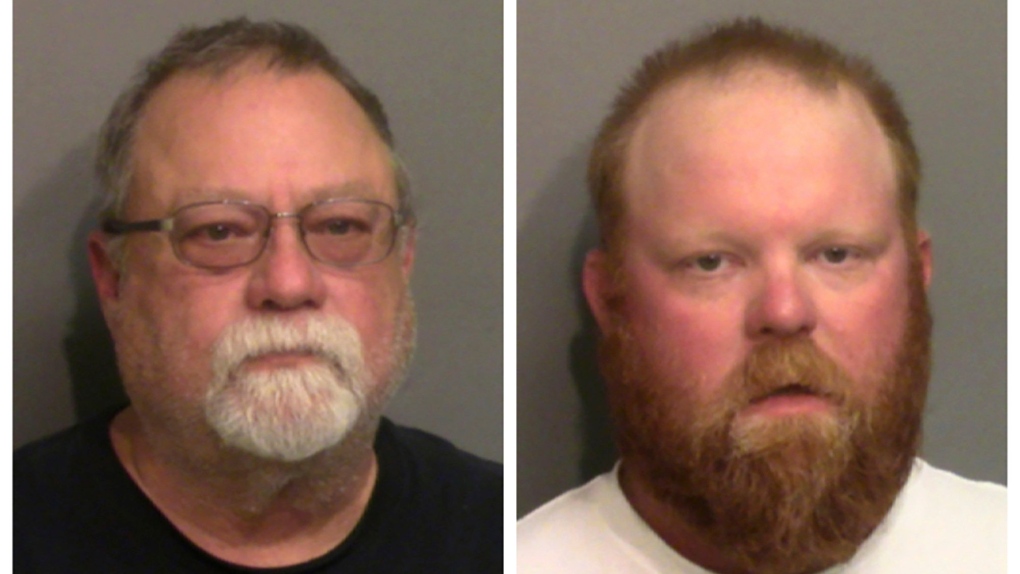 SAVANNAH, GA. -- The father and son jailed on murder charges in the slaying of Ahmaud Arbery are asking a Georgia judge to grant them bond and to throw out two charges in their indictment.

Gregory McMichael and his adult son, Travis McMichael, were jailed and arrested in May, more than two months after Arbery was slain. The 25-year-old Black man was chased and fatally shot after the McMichaels, who are white, spotted him running in their neighbourhood just outside the port city of Brunswick.

Attorneys for 34-year-old Travis McMichael argued he has no prior criminal history and poses no risk of fleeing.

“He does not have passport, and most importantly, his family, including his parents and three-year-old son, are here in Georgia,” attorneys Robert Rubin and Jason Sheffield wrote.

Attorneys for Gregory McMichael, 64, asked for a court hearing on his bond request. No date has been set.

Right after the Feb. 23 shooting, Gregory McMichael told police he and his son armed themselves with guns and got in a pickup truck to chase after Arbery, suspecting he was a burglar. They weren't arrested until the Georgia Bureau of Investigation took over the case and cellphone video of the shooting leaked online.

The McMichaels' defence attorneys argued in a court motion Thursday that the judge should reject the indictment's malice murder charge, saying it was written in a way that improperly “charges two crimes in one count.” They made a similar argument for tossing out the charge of criminal attempt to commit false imprisonment.

A separate legal motion by Bryan's attorney, Kevin Gough, argues that all three defendants should be immune from prosecution, saying Travis McMichael legally fired his shotgun in self-defence when Arbery attacked him with his fists.

GBI agent Richard Dial rejected that argument at a court hearing in June, saying it was Arbery who was trying to defend himself when Travis McMichael confronted him with a shotgun.