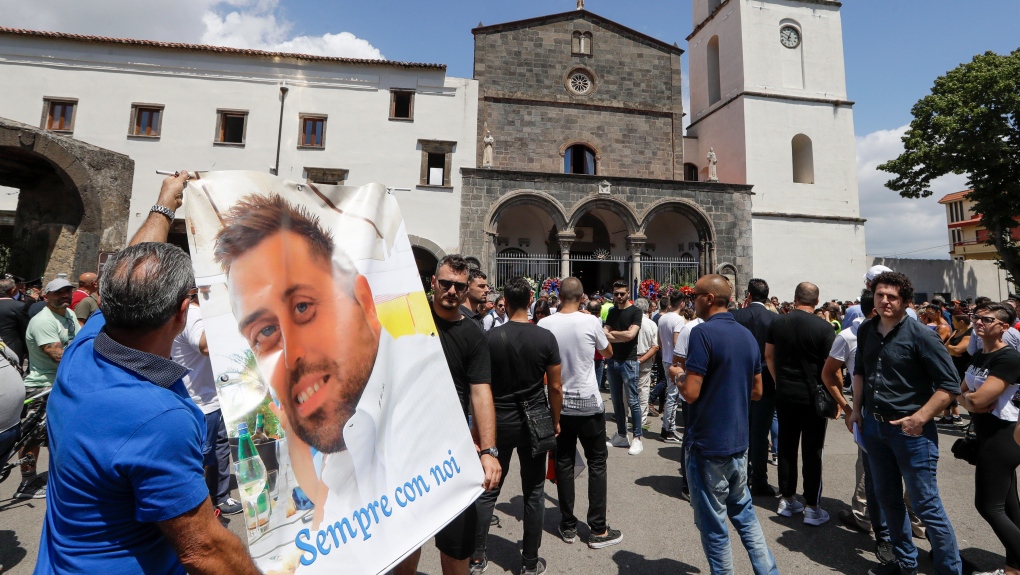 People unfold a banner reading in Italian: "Forever with us", and bearing a photograph of Carabinieri's officer Mario Cerciello Rega during his funeral in his hometown of Somma Vesuviana, near Naples, southern Italy, July 29, 2019.(AP Photo/Andrew Medichini)

ROME -- The father of one of two American teens jailed on suspicion of the murder of an Italian Carabinieri officer says his son "is not an assassin" and he wants to prove it.

In an exclusive interview with Italian daily Corriere della Sera, Fabrizio Natale, the Italian-born father of Gabriel Christian Natale-Hjorth, said his son didn't know that officer Mario Cerciello Rega was dead as he ran away following a scuffle in which the officer was allegedly stabbed by Natale-Hjorth's friend, Finnegan Lee Elder.

The two Californians teens have been jailed while prosecutors probe the July 26 slaying of Cerciello Rega, who was investigating an alleged drug deal gone wrong involving the teens.