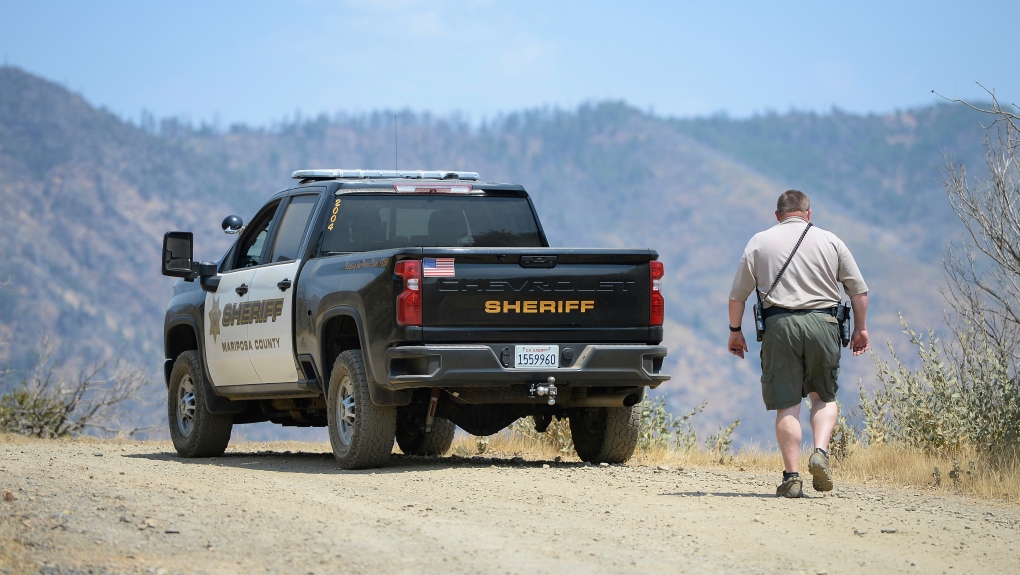 SACRAMENTO, CALIF. -- A Northern California family found dead on a hiking trail near the Merced River died after they overheated and ran out of drinking water on a sunny August afternoon when temperatures reached 43 C in the steep mountain terrain, authorities said Thursday.

The deaths of Jonathan Gerrish, his wife, Ellen Chung, their one-year-old daughter, Aurelia "Miju" Chung-Gerrish, and their dog, Oski, had baffled investigators. The case involved more than 30 law enforcement agencies who had painstakingly reviewed -- and ruled out -- causes such as murder, lightning strikes, poisoning, illegal drugs and suicide.

On Thursday, Mariposa County Sheriff Jeremy Briese said investigators concluded the family died from hyperthermia, a condition caused when a person's body temperature is dangerously high after exposure to hot, humid weather. It's unclear what killed the dog, an 8-year-old Australian shepherd and Akita mix. But Briese said evidence indicates the dog was "possibly suffering from heat-related issues."

"This is an unfortunate and tragic event due to the weather," he said.

Briese described Gerrish, 45, as an experienced hiker who used an app on his phone to plot a route along the Hite Cove Trail, an approximately 13-kilometre loop that hugs the south fork of the Merced River and is a popular spot to view wildflowers in the spring.

But many of the trees had been destroyed in a wildfire three years ago, leaving much of the trail with very little shade. The family and their dog began the hike at about 8 a.m. on Aug. 15.

It was about 23 C when they started. But the temperature quickly climbed as the trail descended and the day heated up. By the time they reached the steep uphill section of the hike known as the Savage Lundy Trail, Briese said it was 43 C.

Officials found the family two days later after relatives had reported them missing. The family had hiked 10.3 kilometres with the baby in a backpack-type carrier. They were only 2.5 kilometres away from their car.

The family had a 2.5-litre water container with them that was empty. A portion of the trail ran along the Merced River, where tests of the water showed it was contaminated with Anatoxin A, a lethal toxin produced by blue-green algae.

That prompted the Bureau of Land Management to close campgrounds and recreation areas along 45 kilometres of the river, between the towns of Briceburg and Bagby. But Briese said Thursday there was no evidence the family had drunk any of the river water.

Briese said the FBI is attempting to unlock one of the couple's cellphones, saying the agency is "making good progress."

"Our hope is that that cellphone will continue to give us more answers about that day," he said.

Kristie Mitchell, the public information officer for the sheriff's office, read a statement from unnamed family members during a news conference on Thursday.

"Some questions have been answered, and we will use this information as a way of helping us come to terms with the situation," relatives said, according to the statement read by Mitchell. "Our hearts will never forget the beautiful lives of Jonathan, Ellen, Miju, and, of course, Oski. They will remain with us wherever we go."