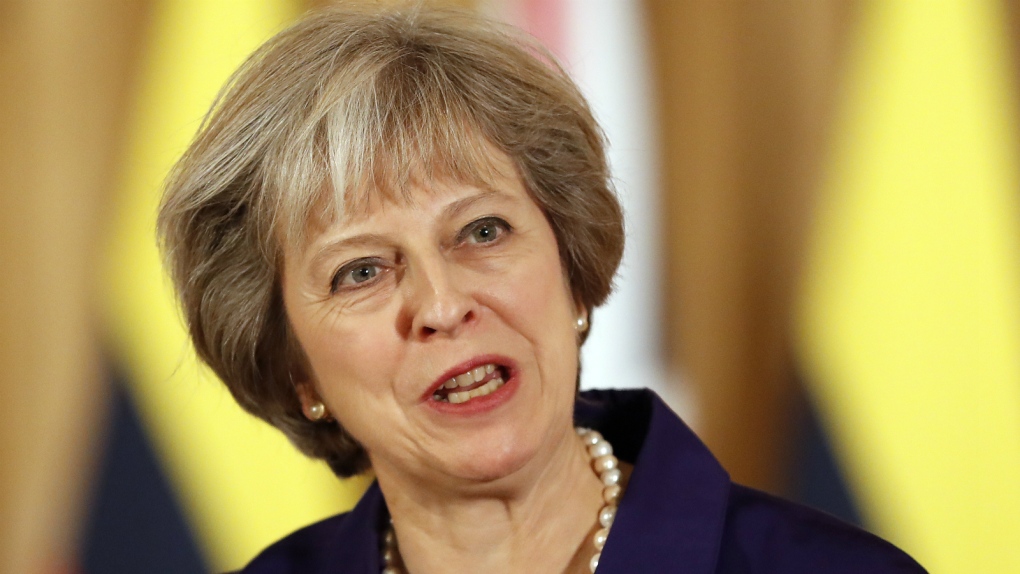 LONDON -- The British government is being accused of concealing the failure of an unarmed ballistic missile launch ahead of a debate in Parliament over whether to refurbish the country's aging Trident nuclear launching system.

Britain's prime minister refused to say Sunday whether she knew about an unarmed Trident missile that reportedly failed when it was test-fired off the coast of Florida last year.

Theresa May told BBC she has total confidence in Britain's Trident nuclear launching system, but didn't confirm or deny a newspaper report about the alleged failure of a ballistic missile designed to carry nuclear warheads.

The prime minister was asked about the missile test after the Sunday Times reported that an unarmed missile launched from a submarine off Florida's coast in June veered off course and may have headed toward the U.S.

The newspaper said top government officials decided to keep the failure of a Trident II D5 ballistic missile out of the public eye because of an upcoming debate the next month in Parliament over whether to spend 40 billion pounds to refurbish the aging Trident, the cornerstone of Britain's nuclear deterrent system.

The government triumphed in that debate, winning overwhelming support for the Trident overhaul in July, but some opposition figures in the British government now seek an inquiry into the reported missile failure and a possible coverup.

Scottish National Party leader Nicola Sturgeon, who opposes having the Trident submarine fleet based in Scotland, said reports of a failure and coverup are a "hugely serious issue."

The British government hasn't confirmed the newspaper's report of a misfire.

A government statement posted on a Defence Ministry blog indicated there was a "routine unarmed Trident missile test launch from HMS Vengeance" in June.

The statement says the government does not provide further details on submarine operations for "obvious" national security reasons.

The British government's website says Trident has provided Britain's security every day for the last 46 years. The system consists of Vanguard-class submarines which can carry up to 16 Trident ballistic missiles armed with nuclear warheads.

Defence policy calls for one of the submarines to be on patrol at all times.