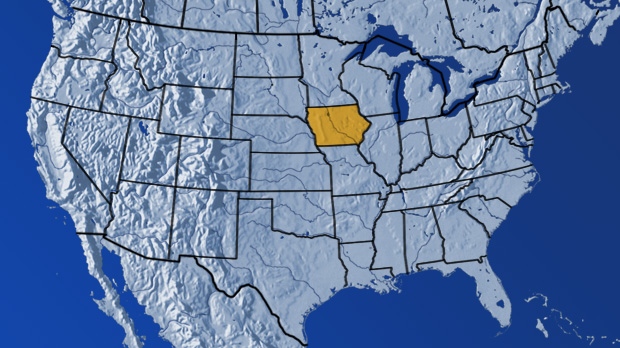 Map of the United States with Iowa highlighted.

WAUKEE, Iowa - Authorities are investigating another explosion at an Iowa gender reveal party that happened one day after a blast at a similar gathering killed a 56-year-old woman in a nearby community.

Authorities say no one was injured in the explosion Sunday in rural Waukee, a Des Moines suburb, but they are looking into unconfirmed claims that the blast broke a neighbour's windows.

Waukee Fire Capt. Tomme Tysdal says the Waukee explosion came from a commercially available gender reveal kit, unlike the homemade device that killed Pamela Kreimeyer on Saturday near Knoxville, a town 74 kilometres away.

Authorities say Kreimeyer died instantly when her family's device exploded, hitting her in the head from 14 metres away.

Gender reveal parties with attention-grabbing efforts such as explosives have become increasingly common nationally and popular on social media.