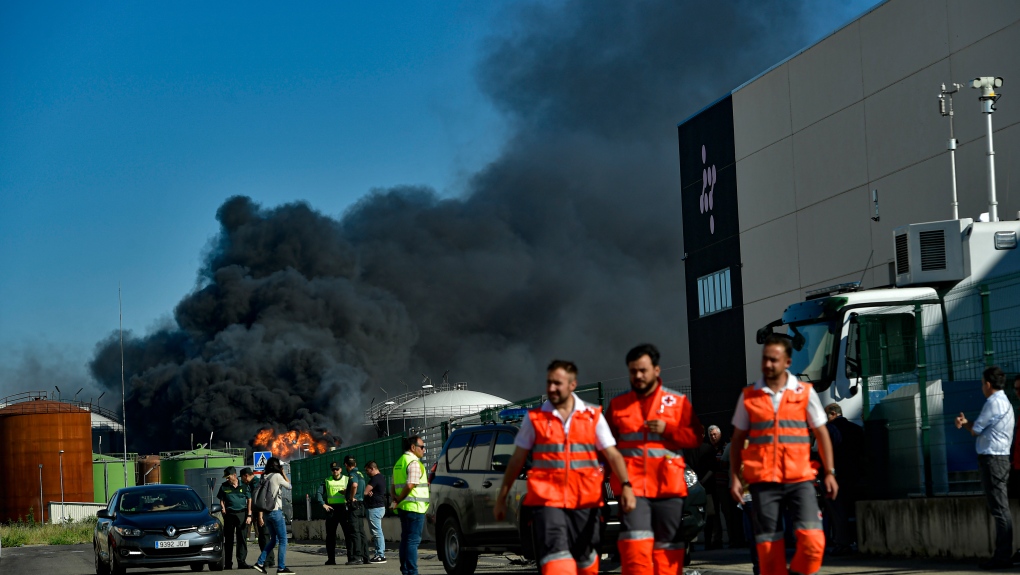 An explosion hit a biodiesel production plant in northern Spain on Thursday, killing two people and forcing the evacuation of 250 children who had been on a field trip nearby, police said Thursday.

Police video of the explosion showed flames engulfing the plant in the northern region of La Rioja, sending large plumes of black smoke into the sky. The two people killed were both workers at the plant, said police.

Emergency workers scrambled to evacuate the area, including a nearby theme park.

“A few metres away from the plant was a field trip of 250 children who had to be transferred out of danger to another area,” police said in a statement.

None of the children were reportedly harmed. Officials are investigating the reason for the explosion.

The municipality of Calahorra, where the plant is located, said on Twitter it had cordoned off a one- kilometer perimeter around the plant as emergency officials work to keep the fire contained.

“In this moment the situation is under control,” Mayor Elisa Garrido wrote on Twitter. “The plant and the industrial area have been completely vacated.”