Turbines that once harnessed the powerful energy of Niagara Falls into a great source of electricity came to a halt years ago. But the secrets deep below the power station are coming to life once again.

Visitors can now explore the former cathedral of power and a tunnel that opens to a spectacular view of the falls.

The Niagara Parks Power Station was once a pioneering masterpiece that helped bring the area into the modern age. In operation from 1905 to 2006, there is a lot of history hidden within its walls.

The first major hydroelectric power plant built on the Canadian side of the Niagara River, it was originally operated by the Canadian Niagara Power Company and used cutting-edge technology for its time.

“We have to remember at the time people were still having to be convinced to buy electricity,” said Adames. 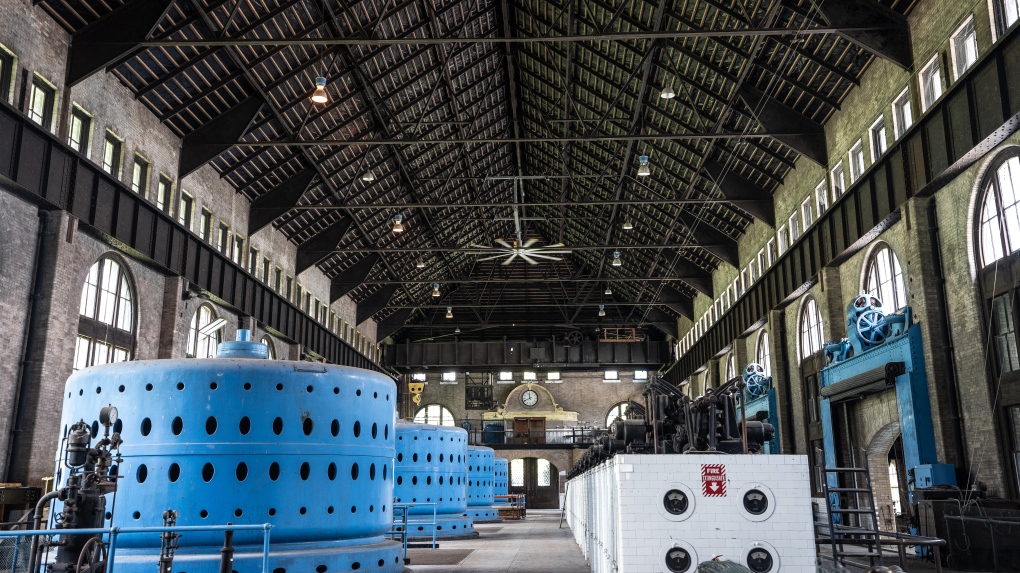 Visitors today do not need convincing. They can come to see first-hand the engineering marvel, many amazed by the architecture.

The building and generator floor are not the only spaces with stories to tell.

Deep below the surface there are chambers that were used to harness the power of the thundering river. Water rushed down, spinning turbines into energy and now those are on full display.

Visitors can travel 55 metres in a glass elevator deep into the facility core, viewing turbines on their trip down and into a 670-metre tunnel. This is where rushing water flowed through and back into the lower Niagara River. People can now walk through the brick-lined tunnel where water once flowed at around 70 thousand gallons per second.

At the end of the tunnel, once known as the “tail race,” it opens to the lower Niagara River and a new viewing platform. As visitors emerge, they are greeted by the sound of the rumbling falls. This offers a fresh perspective of the Niagara gorge.

“People know Niagara Falls but can now enjoy it in a different way,” said Adames, calling this a “legacy project” for everyone to enjoy.

This is an area rich with natural beauty, but even this new view offers people a chance to think about the force of Mother Nature and how it was captured to bring us into the modern age.

Aryna Sabalenka, a 24-year-old from Belarus, who won her first Grand Slam title by coming back to beat Wimbledon champion Elena Rybakina 4-6, 6-3, 6-4 at Melbourne Park on Saturday night, using 17 aces among her 51 total winners to overcome seven double-faults.

A Palestinian gunman opened fire outside an east Jerusalem synagogue Friday night, killing seven people, including a 70-year-old woman, and wounding three others before he was shot and killed by police, officials said.

At least three people were killed and four others were wounded in a shooting in California area early Saturday morning.

How to fix a howitzer: U.S. offers help line to Ukraine troops

Using phones and tablets to communicate in encrypted chatrooms, a rapidly growing group of U.S. and allied troops and contractors are providing real-time maintenance advice -- usually speaking through interpreters -- to Ukrainian troops on the battlefield.