Experts: U.K. is losing race to adapt to climate change 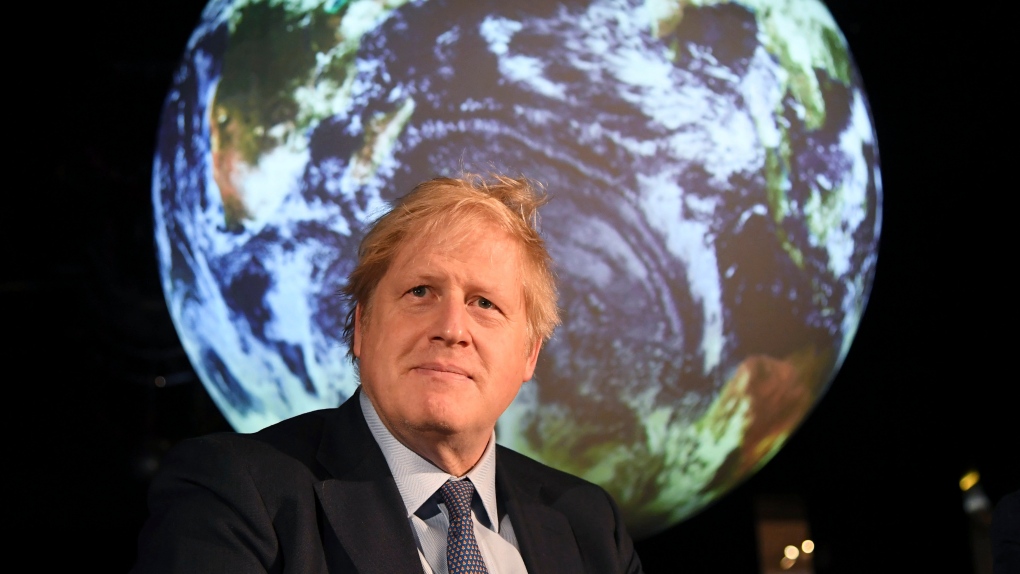 In this Feb. 4, 2020 file photo, Britain's Prime Minister Boris Johnson launches the upcoming UK-hosted COP26 UN Climate Summit in London, England. World leaders breathed an audible sigh of relief that the United States under President Joe Biden is rejoining the global effort to curb climate change, a cause that his predecessor had shunned. (Jeremy Selwyn/Pool via AP, File)

LONDON -- Britain is losing the race to adapt to the inevitable effects of climate change, including worsening heat and floods, a government-appointed panel of experts said Wednesday.

The Climate Change Committee, set up to advise the U.K. government, said the level of global warming that is already inevitable would cause power cuts, expensive and dangerous overheating in homes, and damage to nature, crops and food supplies. It said the government must act urgently to ensure that Britain is prepared.

In a 140-page report -- released, by chance, on what is forecast to be the hottest day of the year in the U.K. -- the committee said in recent years "the gap between the level of risk we face and the level of adaptation underway has widened."

It said the government's pledge to cut planet-warming carbon emissions to net zero by 2050 -- by embracing renewable energy, reducing pollution, planting trees and other measures -- would not address the effects of climate change that are already underway.

"We will fail on net zero and we will fail to improve the environment overall if we don't factor in the changes in the climate that are coming in 2050," said committee chief executive Chris Stark. "Our preparations are not keeping pace with the extent of the risks we face in this country."

The report said average temperatures in the U.K. have risen 1.2 degrees Celsius since the mid-19th century and will increase by another 0.5 per cent even with ambitious action to cut greenhouse gas emissions. It said by 2050, Britain would see hotter, drier summers and wetter winters, with sea levels rising 10 to 30 centimeters (4 to 12 inches) higher than in 1981-2000.

The committee said the Conservative government had failed to act on recommendations it made five years ago to strengthen the power system against storms and floods, improve water efficiency and restore peatland, which absorbs large amounts of carbon from the atmosphere.

"There's a really significant additional element of inevitable change that will continue and to which we need to adapt in order to protect people, nature and the economy in the U.K.," said Julia King, who chairs a sub-committee on adaptation. "Our message to government is this has got to be a priority."

The government said it welcomed the report and would "consider its recommendations closely."

Britain is set to host COP26, a major international climate change conference, in Glasgow in November.