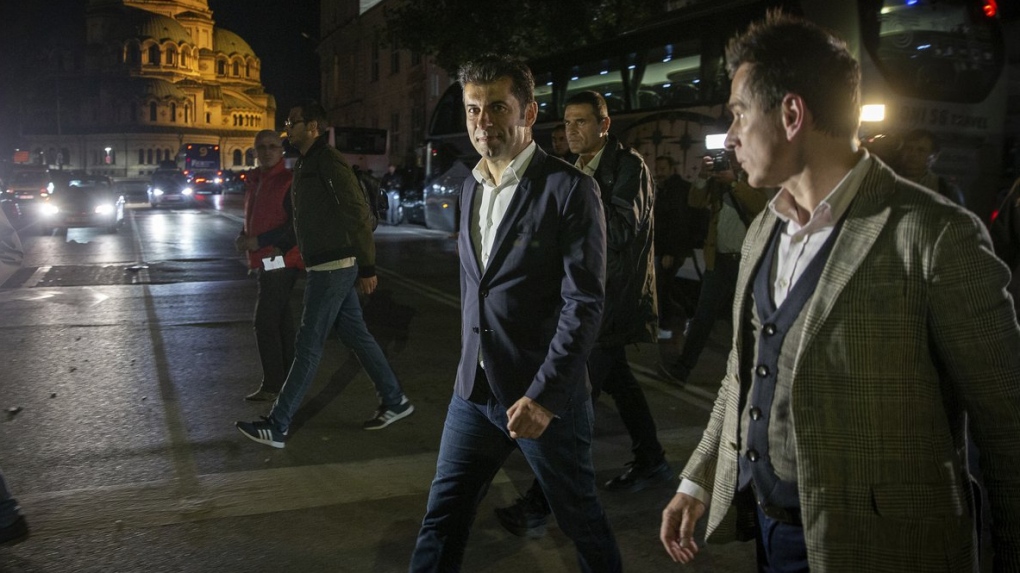 An exit poll in Bulgaria suggested Sunday that the centre-right GERB party of ex-premier Boyko Borissov, a party blamed for presiding over years of corruption, will be the likely winner of Bulgaria’s parliamentary election.

The poll conducted by Gallup International showed the GERB party earning 24.6 per cent support, apparently edging out the reformist We Continue the Change pro-Western party of former Prime Minister Kiril Petkov, which is expected to capture 18.9 per cent. Still, the predicted percentage won’t be enough for Borissov’s party to form a one-party government, and the chances for a GERB-led coalition are slim.

The exit poll also predicted that eight parties could pass the 4 per cent threshold to enter a fragmented parliament with populist and pro-Russia groups showing increased gains.

The European Union nation’s fourth election in 18 months was marked by a raging war nearby, political instability and economic hardships in the bloc’s poorest member. A low turnout reflected voter apathy.

“We lost the election, albeit by a small margin, and now GERB has the responsibility to form a coalition and govern the country,” he said.

It could take days before the final official results are announced. If they confirm the exit poll, Borisov will be handed a mandate to form his fourth cabinet. It will be an uphill task for him to produce a stable governing coalition, however, since most political groups have in advance rejected any cooperation with his GERB party, which presided over years of corruption that hampered development.

The early election came after a fragile coalition led by Petkov lost a no-confidence vote in June. He claimed afterward that Moscow had used “hybrid war” tactics to bring down his government after it refused to pay gas bills in rubles and ordered an expulsion of Russian diplomats from Bulgaria.

The deputy chief of the European Council on Foreign Relations, Vessela Cherneva, said the predicted result could produce two types of coalitions: an anti-corruption coalition, in which GERB under Borissov would find no place, or a geopolitical coalition of the centrist parties, which would be possible only if Borissov resigns from leading his party.

“The scenario under which there is no coalition possible would undermine parliamentary democracy in Bulgaria and will further tilt the balance towards the pro-Russian President (Rumen) Radev,” Cherneva said.

After casting his vote Sunday, Borissov told reporters that Bulgaria needs to clearly position itself on Russia’s war in Ukraine.

“With this aggression, with this war with a clear aggressor in the face of (Russian President Vladimir) Putin – (I have) nothing against the Russian people — with this farce with the referendums, Bulgaria must be very clear, categorical, and precise about its place in the European Union and NATO,” he said.

He said getting Bulgaria into Europe’s 19-nation shared currency eurozone should be the next government’s most important task.

Petkov ran on promises to continue efforts to eradicate corruption, but a European energy crisis sparked by Russia’s war on Ukraine was the dominant economic theme for voters.

The pro-Russia party Vazrazhdane, riding on those feelings, captured 10.2 per cent of the vote, up from 4.9 per cent in the previous election, the exit poll predicted.

Unlike the stance taken by the EU, which has fully condemned Russia’s war in Ukraine and slapped sanctions on Russia for it, Vazrazhdane leader Kostadin Kostadinov has urged “full neutrality” for Bulgaria in the war.

The RCMP has confirmed it is investigating 'broader foreign actor interference activities' in Canada, but Commissioner Brenda Lucki is declining to provide more details given the investigations are 'ongoing.'

The U.S. Senate passed bipartisan legislation Tuesday to protect same-sex marriages, an extraordinary sign of shifting national politics on the issue and a measure of relief for the hundreds of thousands of same-sex couples who have married since the Supreme Court's 2015 decision that legalized gay marriage countrywide.