Ex-leader of Hong Kong charged with misconduct in corruption probe 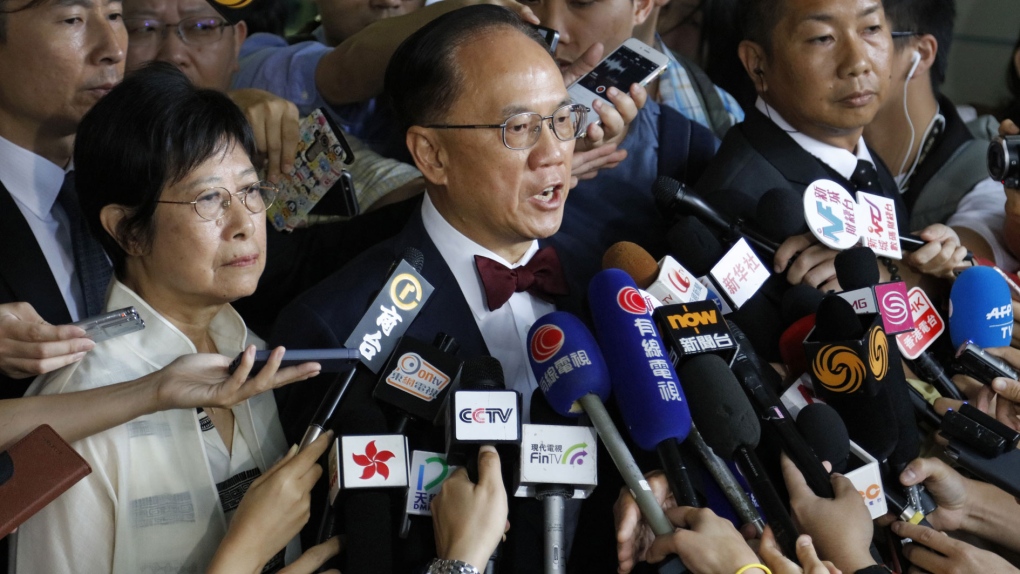 The city's corruption watchdog, the Independent Commission Against Corruption, said Donald Tsang has been charged with two counts of misconduct in public office.

A grim-faced Tsang, 70, appeared briefly at a magistrate's court for a preliminary hearing, accompanied by his wife.

The allegations date from before Tsang left office in June 2012 and relate to a discounted penthouse rental in neighbouring Shenzhen in mainland China offered by a wealthy friend for Tsang's retirement.

It's one of several recent cases that have shaken public confidence and raised concerns about cozy ties between wealthy tycoons and Hong Kong's leaders. In a separate corruption case last year, a former Hong Kong chief secretary -- the second-highest ranking official -- and a co-chairman of one of the city's biggest property developers were given prison sentences.

Tsang became the southern Chinese city's second post-colonial leader, known as the chief executive, in 2005. He was also financial secretary during the former British colonial administration, when he led the effort to successfully defend the city's currency peg against speculators during the 1997-98 Asian financial crisis.

The anti-corruption agency said Tsang "wilfully misconducted himself" when he failed to publicly declare that he was in talks to lease the Shenzhen triplex from a Chinese tycoon while the man's company was in license negotiations with the government.

The second charge stems from Tsang's nomination of an architect for a government honour without revealing that he had hired the architect to redecorate the apartment.

Each charge carries a maximum sentence of seven years in prison, though it appears likely Tsang would face a much lower penalty if convicted.

Tsang stood in court as a clerk read out the charges, saying "I understand" after each charge. He also indicated to the judge he that he understood the bail conditions, which require him to post 100,000 Hong Kong dollars ($12,900) in cash bail, notify the court if he plans to travel outside Hong Kong or change residences, and prohibit him from interfering with witnesses.

After the hearing, Tsang told a throng of TV journalists gathered on the courthouse steps that he was confident he would be cleared, repeating a brief statement issued earlier by his office.

"My conscience is clear," he said. "I have every confidence that the court will exonerate me at the end of its proceedings."

The Department of Justice said in a statement that it decided to prosecute Tsang "after careful and thorough consideration of the available evidence, the applicable law and the relevant provisions in the Prosecution Code."

The case was adjourned until Nov. 13.