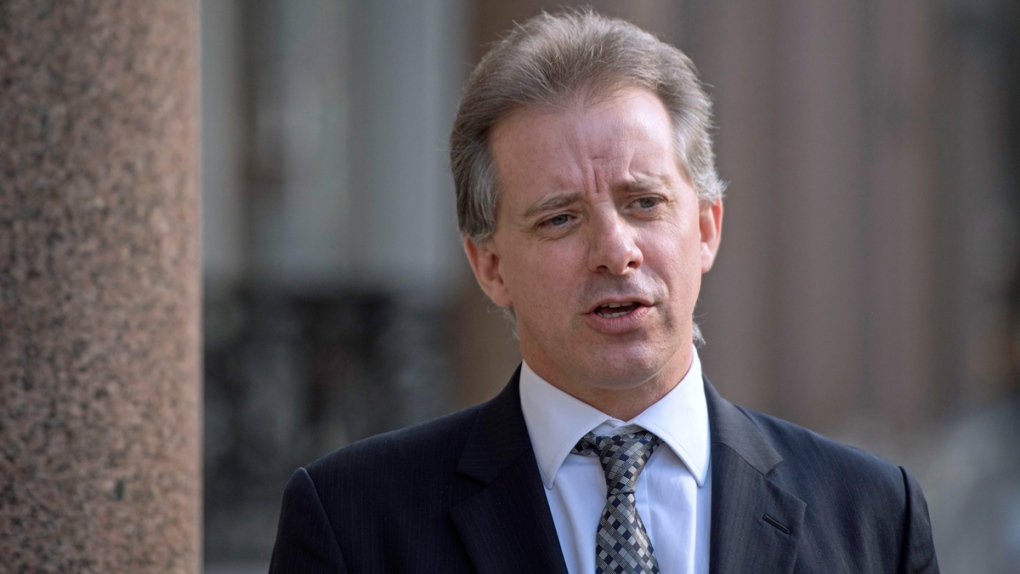 Former British intelligence officer Christopher Steele, the man behind the "Steele Dossier" that claimed Russian officials held compromising information on former U.S. President Donald Trump, defended the claims made in the dossier in his first on-camera interview since it was revealed in 2017.

In a clip from an upcoming ABC News documentary released Sunday, Steele said he decided to sit down for an interview now because he wanted to "set the record straight" about his role in the investigation into Russian interference in the 2016 election. ABC released a portion of the documentary featuring parts of Steele's interview on Sunday, with the full documentary slated to be released on Hulu early Monday morning.

"Most of the world first heard your name about five years ago, but you stayed silent up until now. Why speak out now?" host George Stephanopoulos asked.

"I think the first and most important (reason) is that the problems we identified back in 2016 haven't gone away, and arguably have actually got worse, and I thought it was important to come and set the record straight," Steele said.

Steele's unverified dossier became one of the most controversial aspects of the FBI's investigation into Trump and Russia that led to special counsel Robert Mueller's investigation. Many of the claims, such as the so-called "pee tape," were never proven, despite the FBI's efforts to verify salacious allegations and years of congressional investigators looking into the claims involving the former president and Russia.

Mueller's report also concluded that another allegation Steele made -- that former Trump attorney Michael Cohen traveled to Prague in 2016 to meet with Russian officials -- was untrue.

Steele reinforced his belief that most of the claims made in the dossier are accurate.

"I stand by the work we did, the sources that we had, and the professionalism which we applied to it," Steele said.

The FBI's use of Steele's dossier to obtain a foreign surveillance warrant on former Trump campaign aide Carter Page was the subject of a scathing Justice Department inspector general report released in 2019. The report found the FBI's Russia investigation was started properly, but it raised serious questions about Steele's sources for the dossier, including the fact that his primary source told the FBI they may have talked about Trump's alleged sexual activities "in jest" and that the tape was "rumor and speculation."

Steele reaffirmed his confidence in the most controversial claim in the unverified dossier -- that Russia had video of Trump watching prostitutes urinate in a hotel suite, according to BuzzFeed News, which published the dossier in full. In January 2017, CNN reported top intelligence officials presented then-U.S. President Trump with claims from the Steele Dossier. There is no evidence the tape exists, and Trump has denied the alleged incident taking place.

"And today, do you still believe that that tape exists?" Stephanopoulos asked.

"I think it probably does, but I wouldn't put 100 per cent certainty on it," Steele said.

"So how do you explain that if the tape does indeed exist, it hasn't been released?" Stephanopoulos asked.

"Well, it hasn't needed to be released," Steele said. "I think the Russians felt they'd got pretty good value out of Donald Trump when he was President of the U.S."

Steele stood by many of the claims made in his initial dossier, including Cohen's travel to Prague. Cohen denied under oath ever traveling to the Czech Republic during a Congressional hearing in 2019 and has cooperated with investigators looking into Trump. A 2019 report from the Justice Department's inspector general showed the FBI proved Cohen did not travel to Prague in 2016.

Steele rationalized that Cohen may still be lying about traveling to Prague despite cooperating with investigators on other matters, saying the trip to Prague would be "very self-incriminating to a very great degree."

"Since he's gone to prison, since he's turned on U.S. President Trump, he's told every single story. Why wouldn't he admit to this?," Stephanopoulos asked.

"I think it's so incriminating and demeaning," Steele said. "And the other reason is he might be scared of the consequences."

In a statement to CNN, Michael Cohen refuted Steele's claims, saying, "I eagerly await his next secret dossier which proves the existence of Bigfoot, the Loch Ness Monster and that Elvis is still alive."

When asked if he believes the credibility of his dossier has suffered after the Justice Department inspector general could not prove his claim about Cohen's trip to Prague, Steele said he is "yet to be convinced" Cohen did not travel to Prague.

"Do you think it hurts your credibility and all that you won't accept the findings of the FBI in this particular case?" Stephanopoulos asked.

"I'm prepared to accept that not everything in the dossier is 100% accurate. I have yet to be convinced that that is one of them," Steele said.