Ex-Hong Kong leader gets 20 months in jail for misconduct 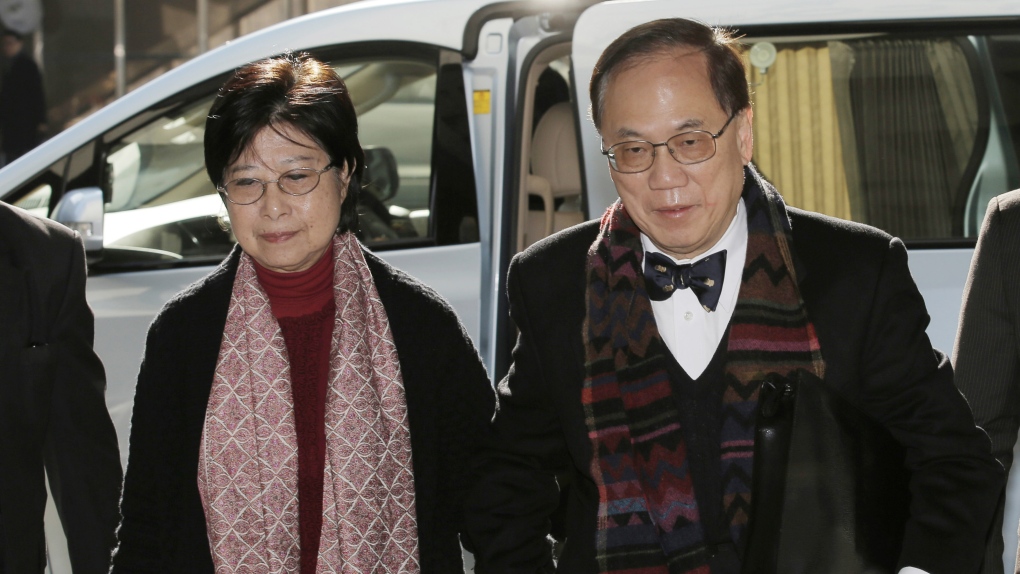 HONG KONG -- A former leader of Hong Kong was sentenced Wednesday to 20 months in prison for misconduct after failing to disclose plans to rent a luxury apartment for his retirement from a businessman applying for a broadcasting license.

He becomes the highest-ranking current or former official sent to prison for wrongdoing in the Asian financial hub, which prides itself on a reputation for clean governance.

"Never in my judicial career have I seen a man fallen from such a height," Justice Andrew Chan said as he handed down the sentence in Hong Kong's High Court. "However, it is not in dispute that the defendant has dedicated himself to public service for the past 40 years."

The judge said he took 10 months off his initial sentence of 30 months because of Tsang's good character and contribution to Hong Kong. The maximum penalty for misconduct is seven years.

Tsang showed little emotion as the sentence was read out in a packed courtroom.

Chan noted that among Tsang's major contributions to public service, one that stood out was "his effort in overcoming" the 1997-98 Asian financial crisis. Tsang, who was financial secretary at the time, led the city's successful multibillion-dollar defence of its currency peg against speculators.

A jury found Tsang guilty last week of one count of misconduct in public office but not guilty on a second count. His wife, Selina Tsang, told reporters outside court that she and other family members were "disappointed and heartbroken" at the sentence and that they plan to appeal.

It's one of several cases in recent years that have shaken public confidence and raised concerns about cozy ties between Hong Kong's leaders and wealthy tycoons.

Jurors ruled 8-1 that he committed misconduct when he failed to disclose that the penthouse in neighbouring Shenzhen in mainland China was owned by a businessman whose company was applying for a digital radio license.

They unanimously cleared him of the second misconduct charge, which alleged he failed to reveal he had nominated for an award an interior designer working on the penthouse's renovations.

The jury couldn't decide on a third charge of accepting an advantage. A retrial is tentatively scheduled for September.