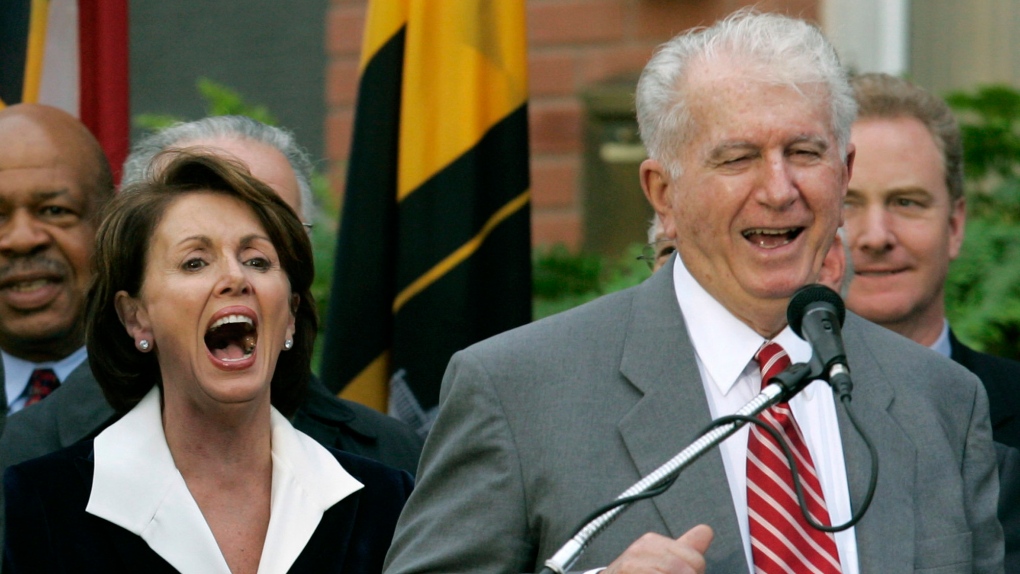 FILE - In this Jan. 5, 2007 file photo, Speaker of the House Nancy Pelosi, D-Calif., left, laughs as her brother Thomas D' Alesandro III, right, makes a joke as he introduces her husband Paul, during a street renaming ceremony in her behalf, in Baltimore. (AP Photo/Chris Gardner, File)

BALTIMORE -- Thomas D'Alesandro III, a former Baltimore mayor and the brother of House Speaker Nancy Pelosi, has died. He was 90.

A spokesman for Pelosi said D'Alesandro died Sunday morning at his north Baltimore home after complications from a stroke.

Pelosi says in a statement that she and her family are devastated. She called her brother "the finest public servant I have ever known."

D'Alesandro served as Baltimore City Council president and then as mayor from 1967 to 1971, a position his father, prominent Maryland politician Thomas D'Alesandro Jr., also held. The elder D'Alesandro also served as a state delegate and congressman.

Pelosi says D'Alesandro is survived by his wife, Margaret, his five children and his grandchildren.