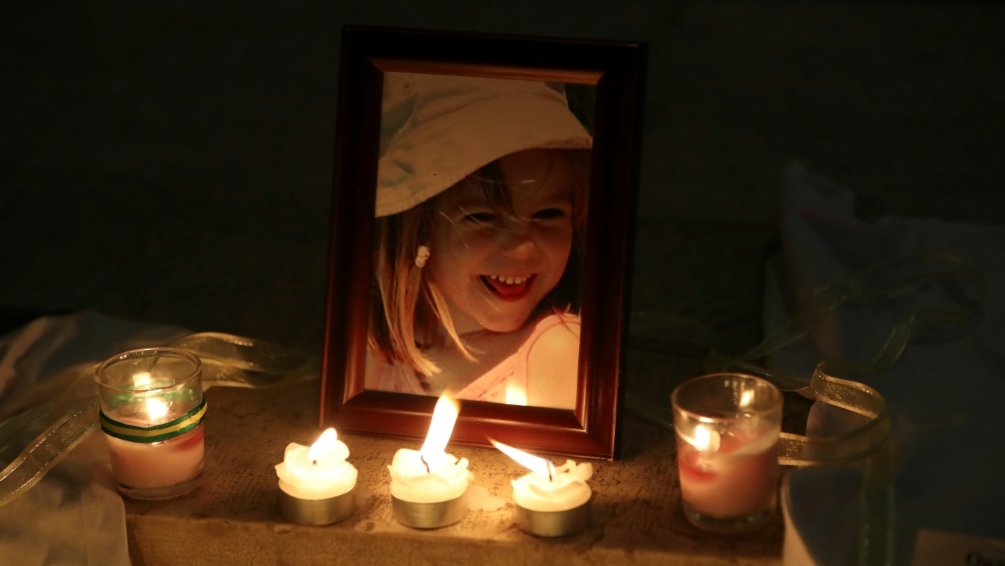 Madeleine McCann's parents have been trying to discover their daughter's fate since her 2007 disappearance. (AFP)

LUXEMBOURG, LUXEMBOURG -- The German who has become the prime suspect in the disappearance of British toddler Madeleine McCann suffered a legal setback Thursday in his attempt to appeal a separate rape conviction.

The European Court of Justice's top legal adviser, Advocate General Michal Bobek, recommended judges reject the suspect's challenge against his conviction in Germany for the rape of a 72-year-old woman in Portugal.

The court is not bound to follow the advocate general's legal opinion, but it is seen as highly influential, and a final ruling is now expected by the end of the month or in early September.

The 2005 rape case is entirely separate to the inquiry into Madeleine "Maddie" McCann's 2007 disappearance and probable murder, in which the man identified publicly only as Christian B. is now the prime suspect.

Christian B. is currently serving a sentence for drug trafficking in the northern German city of Kiel. He has applied to be released early on probation, and his sentence would otherwise end on January 7, 2021.

If he wins early release from the drugs sentence, the 43-year-old suspect could be freed.

Whether he can walk out of prison depends on an ECJ ruling on a separate sentence issued by a Brunswick court in December for rape and extortion.

That sentence has not yet been enforced pending the ECJ appeal, as the suspect's lawyers argue it is not valid because he was transferred to Germany under a European arrest warrant for a different offence.

Under the so-called "specialty rule", extradited people can normally only be prosecuted for the crime they were extradited for.

But the advocate general argues that as the suspect left Germany after his transfer from Portugal and was later arrested again in Italy, only the Italian authorities would need to give permission for his prosecution.

"Finally, in 2018, Germany obtained Italy's agreement that the accused will also be prosecuted and tried for rape and extortion. He has been in detention since February 2020," Bobek said, in a summary of his opinion.

This could make Portugal's failure to approve the prosecution irrelevant.

A spokewoman for the Brunswick prosecutor's office said: "We are very pleased that the advocate general shares our legal view. Now we must wait and see what the court decides. After that we can say how our case will proceed."

But Christian B's German defence lawyer Friedrich Fuelscher said the statement "does not constitute anything other than the advocate general's personal legal opinion.

"The decision is still entirely open. I will have to look more closely at the legal reasoning in the next few days," he told AFP.

If a final decision on the Brunswick rape case has not been reached by the end of Christian B.'s drug conviction sentence, he could be released from prison.

He could also be released sooner if his appeal against the Kiel drug trafficking sentence is successful and if his sentence for rape isn't immediately enforced pending the ECJ ruling.

On July 29 German police completed their search of an allotment in connection with McCann's disappearance, but did not say what, if anything, they had found to resolve the years-old mystery.

Officers used sniffer dogs and an excavator as they dug up the site in the city of Hanover, with several police vehicles parked around a cordoned-off area.

Police revealed in June that they were investigating a 43-year-old German man in connection with the case, saying they believe he had killed Maddie.

The suspect reportedly lived in Hanover from 2007.

Maddie went missing from her family's holiday apartment in the Portuguese holiday resort of Praia da Luz on May 3, 2007, a few days before her fourth birthday, as her parents dined with friends at a nearby tapas bar.

Despite a huge international manhunt, no trace of her has been found, nor has anyone been charged over her disappearance.

German prosecutors said in June they had "concrete evidence" that Madeleine was dead, despite British police continuing to treat her disappearance as a missing persons case.