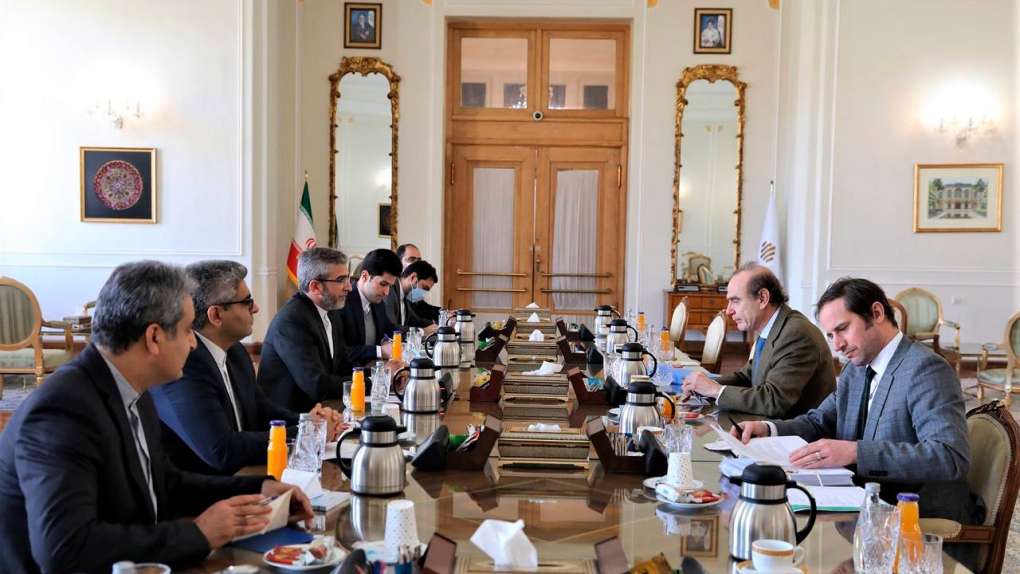 Major Western powers wrung their hands on Thursday at American and Iranian diplomats' failure to revive a 2015 nuclear deal, with the European Union saying it "might not make it over the finishing line."

Diplomats spoke at the UN Security Council one day after indirect U.S.-Iran talks ended in Doha with no sign of progress on resurrecting the pact under which Tehran limited its nuclear program in return for relief from U.S., UN and EU sanctions.

"I am concerned that we might not make it over the finishing line. My message is: Seize this opportunity to conclude the deal, based on the text that is on the table," European Union Ambassador to the United Nations Olof Skoog said.

The EU coordinates the talks on resurrecting the agreement, which then U.S. President Donald Trump reneged on in 2018 and restored harsh U.S. sanctions on Iran, prompting Tehran to start violating its nuclear restrictions about a year later.

The Security Council met to discuss the latest report by UN Secretary-General Antonio Guterres on the implementation of a 2015 council resolution that enshrines the nuclear deal, formally called the Joint Comprehensive Plan of Action (JCPOA).

U.S., British and French diplomats all placed the onus on Iran for the failure to revive the agreement after more than a year of negotiations. Iran "should urgently take this deal - there will not be a better one," Britain's UN Ambassador Barbara Woodward said.

"Iran has yet to demonstrate any real urgency to conclude a deal, end the current nuclear crisis and achieve important sanctions lifting," Richard Mills, Deputy U.S. Ambassador to the United Nations, told the meeting.

"Not only has Iran not taken up the offer on the table, but it also added yet more issues which fall outside the JCPOA with maximalist and unrealistic demands," French UN Ambassador Nicolas de Riviere said.

Iran, however, described the latest talks as positive and said it was ready to strike an agreement.

"Iran has demanded verifiable and objective guarantees from the U.S. that JCPOA will not be torpedoed again, that the U.S. will not violate its obligations again, and that sanctions will not be re-imposed under other pretexts or designations," Iran's U.N. Ambassador Majid Takht Ravanchi told the council.

"We were sincere in the Doha talks that were serious and positive," he said. "Our negotiating team is ready to engage constructively again to conclude and reach a deal."

Chinese and Russian diplomats faulted the United States, with Beijing's representative urging Washington to ease unilateral U.S. sanctions on Iran and Russia's calling for all sides to show flexibility.

"It is indeed the (Trump) policy of maximum pressure on Iran, which the U.S. administration continues to embrace, that this is the main cause of all of the current problems plaguing the JCPOA," Russia’s Deputy UN Ambassador Dmitry Polyanskiy said.

(Reporting By Michelle Nichols at the United Nations and Arshad Mohammed in Washington; Editing by Mark Heinrich and Grant McCool)