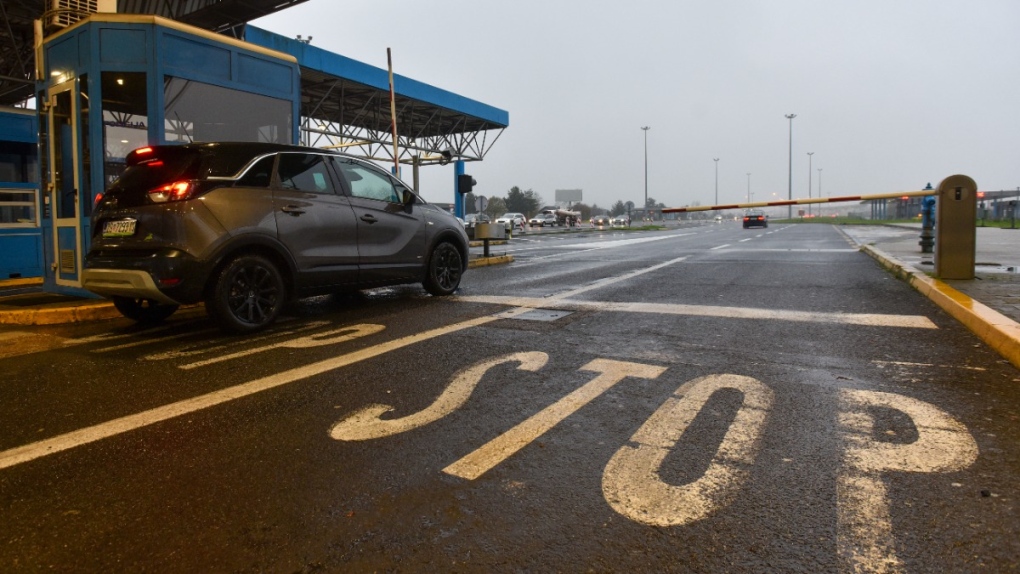 A car crosses the border between Croatia and Slovenia at the Bregana border crossing, on Dec. 8, 2022. (AP)
BRUSSELS -

European Union countries agreed Thursday to allow Croatia to fully open its borders and participate in Europe's ID-check-free travel zone, but no immediate decision was announced on the other two of the bloc's newest members, Bulgaria and Romania.

"The Schengen area is growing for the first time in more than a decade," the Czech Republic, which holds the EU's rotating presidency tweeted. "Ministers approved Croatia's membership as of 1 January 2023!"

The so-called Schengen area is the world's largest free travel zone. It comprises 26 countries -- 22 EU states plus Iceland, Liechtenstein, Norway and Switzerland. Almost 1.7 million people live in one Schengen country and work in another. Around 3.5 million people cross an internal border each day.

But full accession for the EU's newest members -- Bulgaria and Romania joined the bloc in 2007, Croatia in 2013 -- requires unanimous support from their partners, and objections were still being raised on the eve of a meeting of interior ministers in Brussels meant to examine their cases.

The three countries already partly adhere to the Schengen rulebook, but internal border controls have yet to be lifted. The hold-up has long been over concerns among the trio's partners about the reach of organized crime, unauthorized migration, and other security concerns.

Last month, the EU's executive branch, the European Commission, ruled that all three candidate countries meet the technical criteria for joining, and the European Parliament has also voted in favor of their membership.

"I hope that common sense and open minds will prevail," he added.

Croatia's bid had not received any notable opposition from its EU partners. But Austria appears almost certain to veto the Bulgarian and Romanian bids over immigration, as increasing numbers of people cross its borders without authorization via the Balkans region.

"The system is not working right now," he told reporters.

Romanian Prime Minister Nicolae Ciuca said Wednesday that his government has had "meetings at the highest levels" with Austria to try to ease the concerns, and noted that data shows "Romania is not on migration flows that would generate fears."

"Illegal migration is politically very sensitive in many member states but blocking Romania's accession to Schengen will not bring the answers Austria wants," he said in a news conference, adding that "the current state of uncertainty cannot continue."

Dutch Prime Minister Mark Rutte also sparked a furor last week when he alleged that Bulgarian border security officials could accept cash bribes. The Dutch parliament must also weigh in, meaning that Bulgaria might be more likely to join later than the two other candidates.

In an effort to ease their partners' concerns, Bulgaria and Romania invited EU fact-finding missions with national experts twice in recent months to see how things have improved.

Hungary appears ready to delay their entry, too, as it has done with several EU issues that require unanimity voting in recent months, mostly due to the right-wing government's objections that its access to European pandemic recovery funds is being held up over corruption concerns.

The Schengen rulebook allows free movement to more than 400 million European citizens and businesses but nations can introduce temporary checks on grounds of internal threats to national security, and several routinely do so.

Observers have pointed out that if the EU rejects the three nations, it could cause divisions within the bloc at a time when unity and security are key in the face of Russia's war in Ukraine. Extending the passport-free travel area would also bring economic benefits to other member countries.

In the field of cancer treatment, nothing is more important than diagnosing and treating the problem as quickly as possible — but according to new survey data, about one in four Canadian cancer patients report that they are still experiencing cancelled or postponed appointments.

Former Russian president Dmitry Medvedev has said the supply of more advanced U.S. weaponry to Ukraine will only trigger more retaliatory strikes from Russia, up to the extent of Russia's nuclear doctrine.

Indian police have arrested more than 2,000 men in a crackdown on illegal child marriages involving girls under the age of 18 in a northeastern state, officials said Saturday.