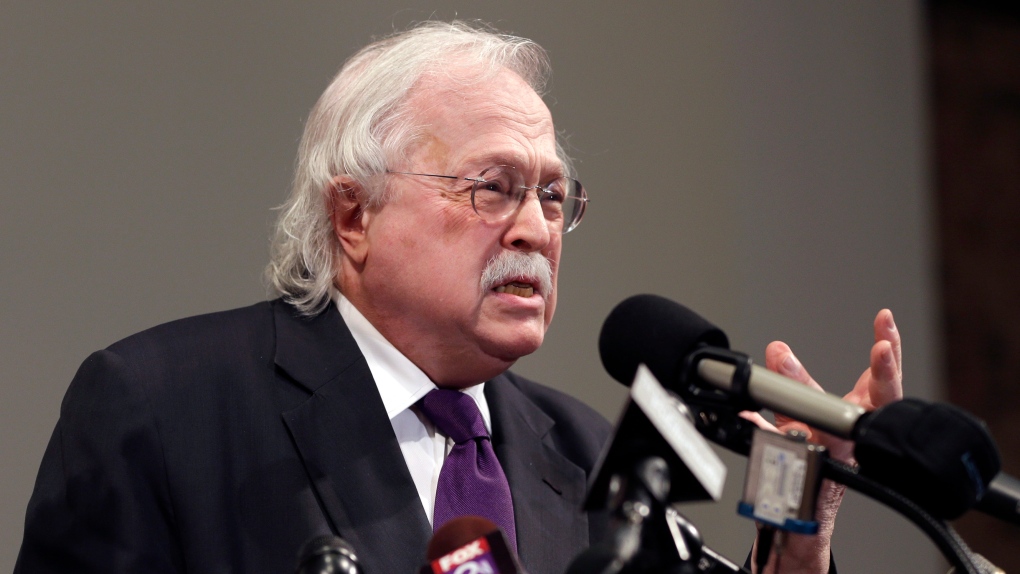 Now Dr. Michael Baden is enmeshed in another high-stakes case, as the private pathologist who observed Jeffrey Epstein's autopsy on his lawyers' behalf.

The death of the well-connected financier in a jail cell muddied a closely watched sex-trafficking conspiracy case and trained scrutiny on the federal prison system. Epstein's accusers, the attorney general, politicians and others are demanding answers. But if Baden is stepping into a maelstrom, it's a familiar spot for a scientist accustomed to the spotlight.

"Even when an autopsy is done, the speculation doesn't stop" when the well-known die, Baden wrote in his 1990 book "Unnatural Death: Confessions of a Medical Examiner." But an autopsy, he wrote, is "part of the process of finding the truth."

Neither Baden nor the New York City medical examiner's office has released any findings from Epstein's autopsy, conducted Sunday. Chief Medical Examiner Dr. Barbara Sampson, whose office Baden led decades ago, called it "routine practice" for private pathologists to be allowed to observe, if requested.

Private autopsies are commonplace following deaths in jails or prisons, particularly in high-profile cases, said Dr. Joe Cohen, a longtime pathologist who previously worked for the New York City medical examiner and is now in private practice in California.

The examinations can give families some answers before official results are finalized, which can take weeks or even months. Such autopsies also can offer a degree of independence when allegations of official wrongdoing or malfeasance arise.

"It takes away the appearance of something that's gone corrupt," said Scott M. Schmidt, president of the New York State Association of County Coroners and Medical Examiners. "To end any of that suspicion, if you have the means to do so, it squelches a lot of that if you get someone who comes in and has an opposing view."

For example, in the 2014 death of Michael Brown, an unarmed black 18-year-old who was fatally shot by police in Ferguson, Missouri, pathologists conducted three autopsies: one by the St. Louis County Medical Examiner, a private one conducted by Baden and another ordered by the Justice Department.

Families are often interested in a private autopsy, Schmidt said, but many cannot afford an examination that can cost as much as $5,000.

At 85, Baden counts more than 20,000 autopsies during his career, and he is likely the nation's best-known forensic pathologist -- so much so that he hosted the HBO series "Autopsy."

"He's a delightful man and just a wealth of knowledge," Schmidt said.

Baden has been part of many of America's most prominent death investigations since the 1970s, when he was top pathologist for a congressional committee probing the Kennedy and King killings.

He would go on to contribute to inquiries into the deaths of other historical figures, including Russia's Tsar Nicholas II and American civil rights leader Medgar Evers. He also was part of a team that proved that the exhumed body of a man who drowned off Brazil in 1979 was that of Dr. Josef Mengele, the infamous "Angel of Death" from the Nazi concentration camps.

He testified for record producer Phil Spector in his first murder trial in the 2003 death of actress Lana Clarkson. Baden's wife, attorney Linda Kenney Baden, represented Spector at the time, which prosecutors suggested created a conflict of interest. The pathologist denied it and said he made his findings before his wife joined Spector's defence team.

The jury deadlocked in that trial, but Spector was later convicted.

In the Simpson case, Baden offered testimony that conflicted, at times sharply, with the county coroner's views on the 1994 killings of the football star-turned-actor's wife, Nicole Brown Simpson, and her friend Ronald Goldman. Simpson was acquitted of murder after a televised trial that riveted the nation. A civil court jury later found him liable for wrongful death and ordered him to pay $33.5 million after a trial at which Baden also testified.

A New York City native, Baden earned his medical degree from New York University and served as the city's chief medical examiner from 1978 to 1979, when then-Mayor Ed Koch fired him, citing friction with some other officials. Baden, who said he was acting with proper independence, unsuccessfully sued the city over his dismissal.

He has said he sees himself as "a witness to the dead."

"I'm not religious, but when I'm looking inside a person's body, which is the first time a human being has done that, it's a wondrous thing," he told the Times Union of Albany in 2001. "And it never fails to convince me that each one of us is a miracle."