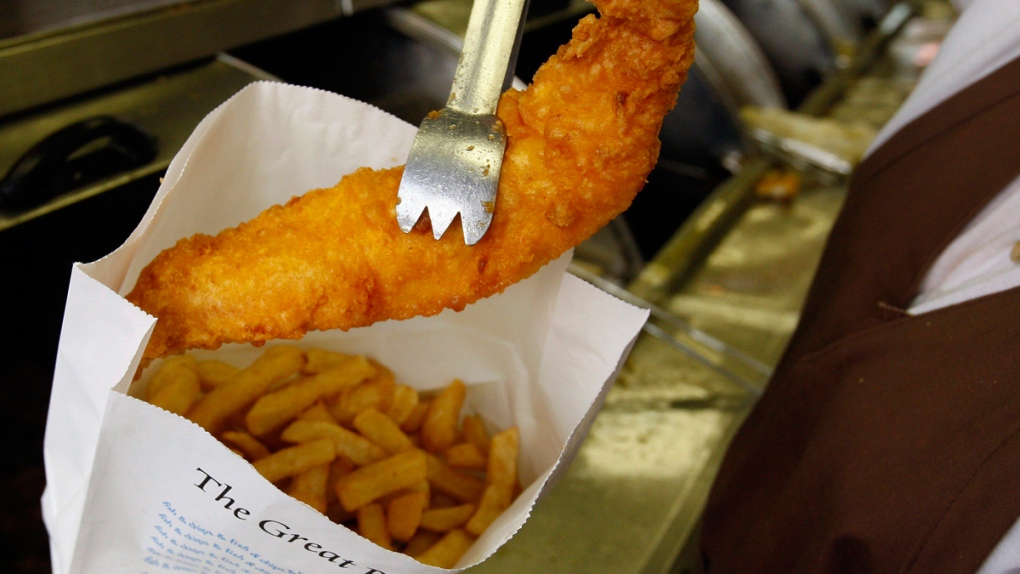 English fish and chip shop customers have been unwittingly eating endangered shark that’s mislabelled as other species of fish, according to a new scientific report.

Researchers at the University of Exeter used DNA barcoding, where DNA samples are checked against a species database, to trace the sale of threatened shark products in takeaways and fishmongers.

The majority of samples were identified as spiny dogfish, part of the shark family that is critically endangered in the northeast Atlantic, where landings have been prohibited.

The report nevertheless cited evidence of spiny dogfish being imported to the U.K. including from Canada, which exported 1,950 million tonnes to the EU by 2001.

“The results show that, whilst mislabelling of fresh and frozen products is rare, many retailers are not using official designations and the use of umbrella terms is widespread, which make it difficult for consumers to make informed purchases and does not follow EU legislation regarding labelling of seafood,” the authors wrote.

The study analyzed 78 samples from takeaways and 39 from fishmongers, as well as 10 dried fins from a wholesaler.

Analysis of the fins also identified threatened sharks, including the endangered scalloped hammerhead.

The EU has strict legislation governing seafood labelling, which must include key information such as commercial and scientific names to ensure traceability and identification.

However, the report authors said there is widespread use of ambiguous terms such as rock and huss salmon, for example, used to describe a range of species.

“This denies consumers the right to avoid species of higher conservation concern or those associated with health or food quality issues,” the report said.

“The use of such ambiguous, umbrella labels goes contrary to the spirit of recent EU legislation that has sought to empower consumers and protect them from mislabelling and fraud.”

Landing spiny dogfish in EU waters has been banned since 2011. This drove imports from fisheries in the USA and Argentina, which developed to fill the gap in supply in the European market.

Subsequent declines in the U.S. catch then saw development of fisheries off Canada and New Zealand.

The trade has been supported through the continuing emergence of South American, African and Pacific suppliers.

Similar mislabeling scandals have also hit the U.S. and Canada in recent years.

Last year an investigation into seafood fraud by advocacy group Oceana found nearly half of seafood samples it tested at Canadian grocery stores and restaurants were wrongly labelled.

DNA testing in Atlanta restaurants and markets in 2015 found more than a third of the 19 eateries claiming grouper fish on the menu were actually selling Asian catfish.

In 2012, DNA testing confirmed that nearly one-third of the 96 seafood samples collected in South Florida by Oceana, were mislabeled based on Food and Drug Administration guidelines.

Sushi restaurants had the highest proportion of mislabeled samples, according to the report.