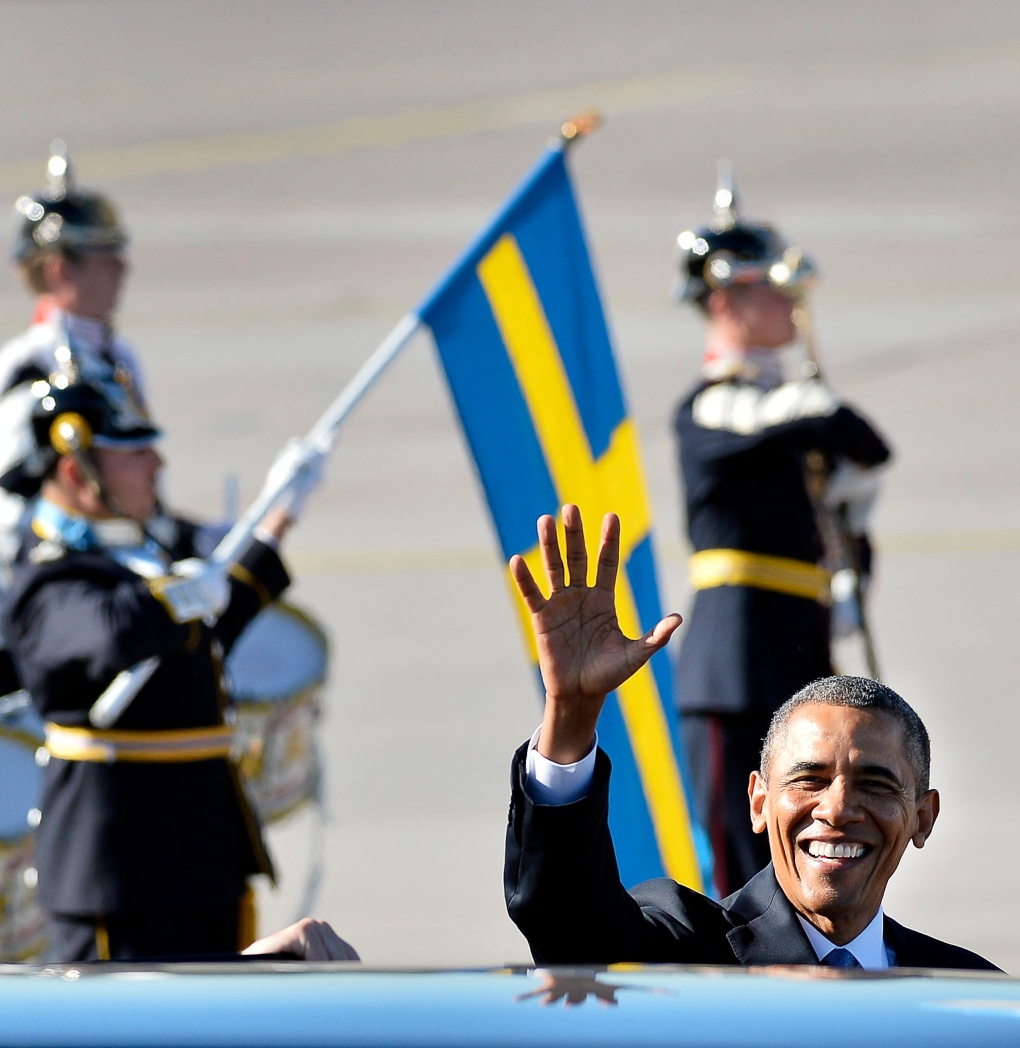 STOCKHOLM, Sweden -- U.S. President Barack Obama is opening a three-day overseas trip with a stop in the Swedish capital of Stockholm.

Air Force One touched down Wednesday morning after an overnight flight from Washington. During his stay in Stockholm, Obama will meet with Swedish Prime Minister Fredrik Reinfeldt and King Carl XVI Gustaf. He will also meet with other Nordic leaders from Finland, Denmark, Iceland and Norway.

Obama's visit marks the first bilateral meeting of a U.S. president to Sweden. The northern European country was added to Obama's itinerary after he cancelled plans to meet with Russian President Vladimir Putin in Moscow ahead of the Group of 20 summit.

Obama will still travel to St. Petersburg, Russia, for the G20 meetings after leaving Stockholm.