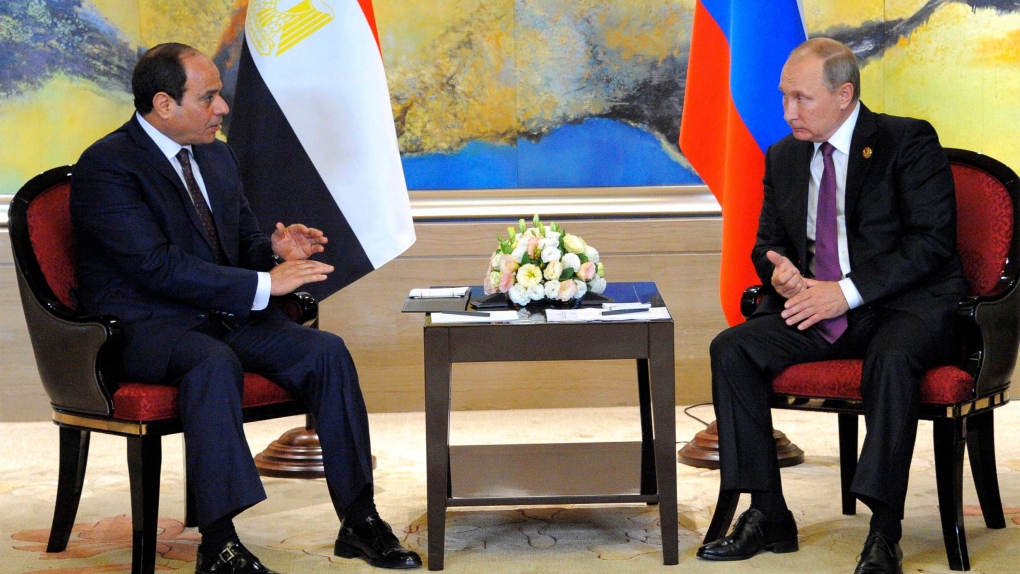 CAIRO - Russian media say Egypt has finalized a deal to build a nuclear power plant with funding from Moscow after nearly two years of negotiations.

The reports Monday came after Egypt's President Abdel-Fattah el-Sissi met with Russian President Vladimir Putin in China, where they were attending a summit.

The nuclear plant will be built in Dabaa, about 130 kilometres (80 miles) northwest of Cairo on the Mediterranean coast.

Egypt's presidency says el-Sissi has invited Putin to Egypt to mark the start of construction.

In 2015, Egypt signed an agreement with Russia to build a four-reactor power plant. It will receive a $25 billion Russian loan to cover 85 per cent of the plant, with a capacity of 4,800 MW.