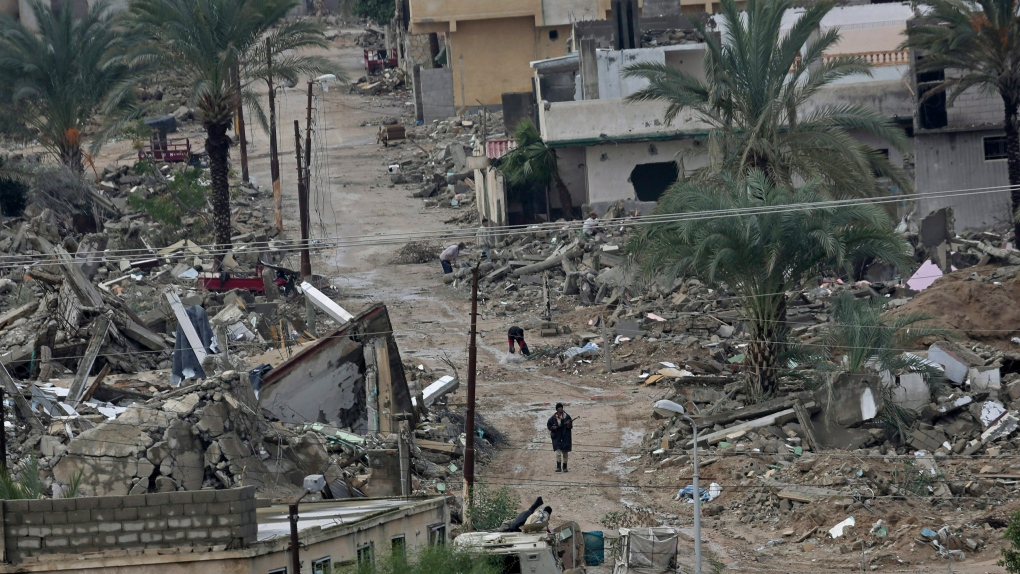 In this Nov. 4, 2014 file photo, Egyptian army forces patrol amid the debris of houses destroyed by the army in the Egyptian border town of Rafah, as seen from the Palestinian side of Rafah in the southern Gaza Strip. (AP Photo/Adel Hana, File)

The explosion hit their armoured vehicle in Rafah, a town on the border with the Gaza Strip. Two other security force members were wounded.

The officials spoke on condition of anonymity because they weren't authorized to talk to reporters.

No group immediately claimed responsibility for the attack.

Egypt has for years been battling an insurgency in northern Sinai that's now led by an Islamic State group affiliate.

The fighting intensified in 2013 after the military overthrew the country's elected but divisive Islamist president.

Last week, Egypt's military said at least 83 militants have been killed in the past five weeks in northern and central Sinai.

Authorities heavily restrict access to the northern Sinai, making it difficult to verify claims related to the fighting.

ISIS has carried out a number of large-scale attacks in recent years, mainly targeting security forces and Egypt's Christian minority.