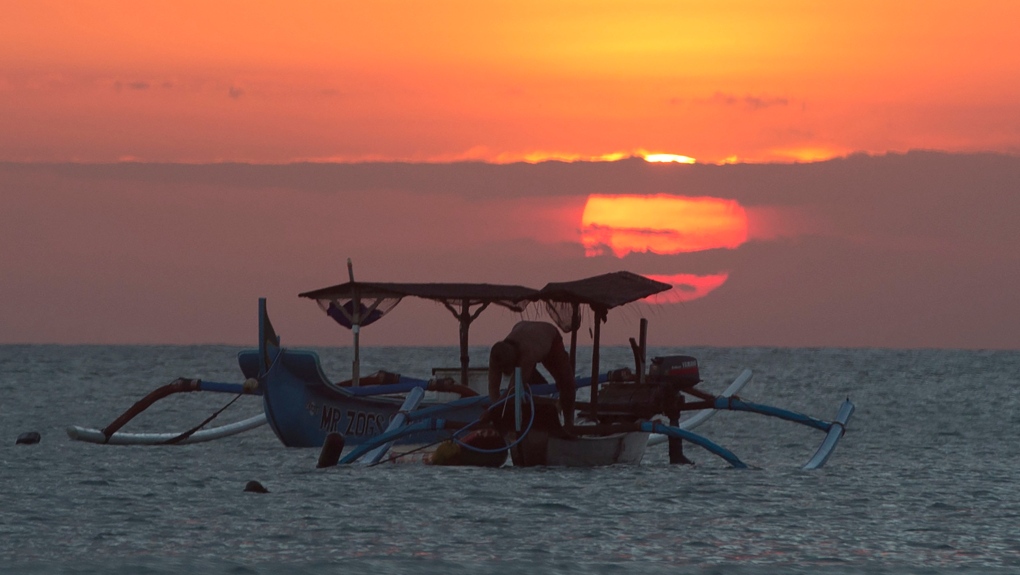 A fisherman works in his traditional boat at Kuta beach during the sunset in Bali, Indonesia, Wednesday, May 12, 2021. (AP Photo/Firdia Lisnawati)

The Meteorology, Climatology and Geophysics Agency said there was no threat of a large tsunami, although the sea level rose about 0.5 meters (1.5 feet), probably due to an underwater avalanche.

The chief of the Maluku Disaster Mitigation Agency, Henri Far Far, said villagers along the coast in Tehoru subdistrict panicked because of the earthquake and were told to move to higher ground. He said the walls and floors of some buildings cracked.

The U.S. Geological Survey said the earthquake was centered about 10 kilometers (6 miles) under the sea 70 kilometers (43 miles) from Amahai city on Seram island in Maluku province. Shallow earthquakes tend to cause more damage.

Indonesia, a vast archipelago of 260 million people, is frequently struck by earthquakes and volcanic eruptions because of its location on the "Ring of Fire," an arc of volcanoes and fault lines in the Pacific Basin.