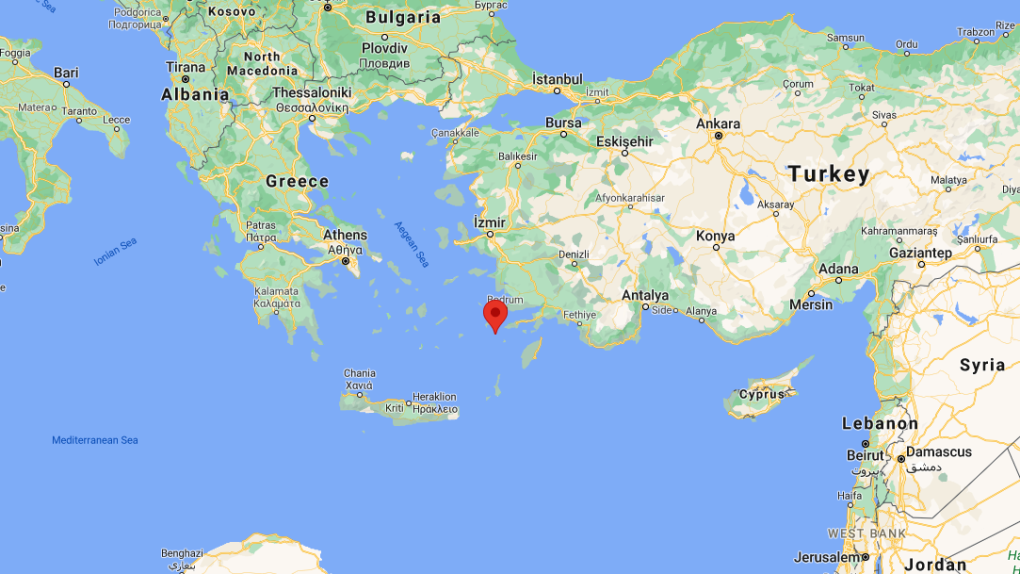 A 5.4-magnitude tremor occurred early Sunday in the Aegean Sea, near the small Greek island of Nisyros, seen on this map. (Google Maps)

ATHENS, GREECE -- A 5.4-magnitude tremor occurred early Sunday in the Aegean Sea, near the small Greek island of Nisyros, west of Rhodes, the Athens-based Institute of Geodynamics reported.

The quake's epicenter was 23 kilometres south southwest of Nisyros, a small island, round in shape with about 1,000 inhabitants and an active volcano. The tremor occurred at 7:31 a.m. local time (0431 GMT) at a depth 15.6 kilometres, the institute reported.

The quake was also felt in the Turkish coastal town of Datca in Mugla province. Turkey's emergency and disaster authority AFAD gave the magnitude as 5.5. Turkish authorities have not reported any damage.

Earlier, late Saturday and early Sunday, there had been two tremors of magnitudes 4.7 and 4.1, respectively.

Since then, several aftershocks have occurred. There are no reports of injuries or damage.