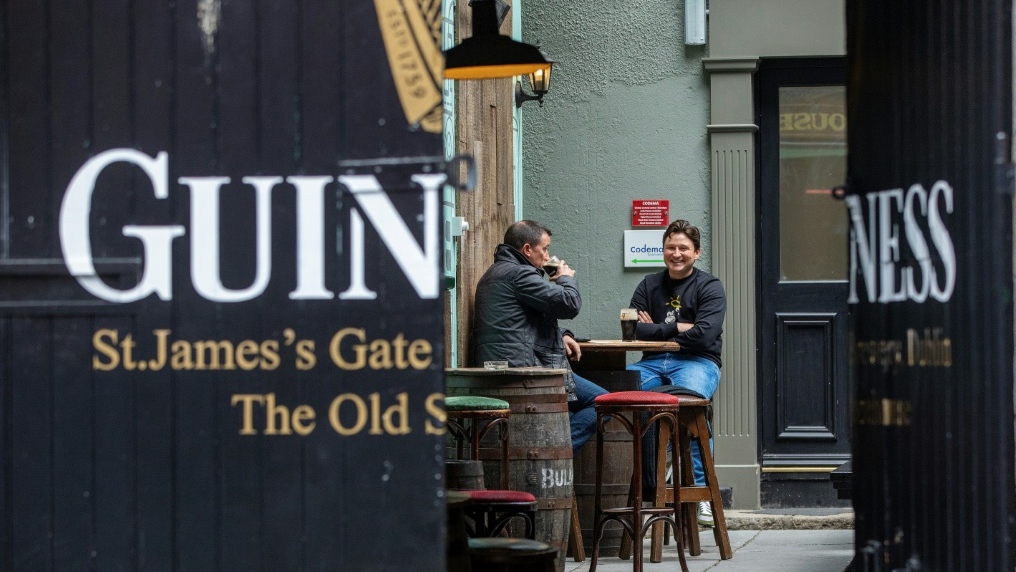 Dublin was muted on Thursday, as Ireland return to a lockdown to fight a coronavirus second wave. (AFP)

DUBLIN, IRELAND -- A "cloud of sadness" descended on the streets of central Dublin Thursday as Ireland became the first EU nation to return to a full coronavirus lockdown.

Schools remain open but otherwise for six weeks, all Irish citizens have been told to stay home, with a strict five-kilometre (three-mile) travel limit for exercise.

Restaurants, bars and pubs will be shuttered and visits between different households banned.

"It is kind of eerie and poignant," 57-year-old Dubliner Sunniva O'Flynn told AFP during a starkly muted rush hour.

"It's just that kind of cloud of sadness again that the city is abandoned."

Dublin's Grafton Street -- the capital's main shopping district and pedestrian thoroughfare -- was devoid of its usual morning bustle on the first day of the new curbs.

Usually jammed trams ferried only a handful of masked passengers, as public transport has been reduced to 25 percent capacity to allow only essential workers to commute.

Ireland has suffered 1,868 deaths from Covid-19 and cases are rising in line with an upsurge across Europe, setting the stage for a winter of harsh restrictions.

"I'm struggling with this particular lockdown," said bank worker Jo Finn, who lives alone and fears the weeks of confinement.

"I just want to get back to normal -- I miss my friends, my family and my normal life."

Unlike Ireland's previous lockdown the government has pledged to keep schools and childcare facilities open.

Elite and professional sports as well as construction work will also be allowed to continue during the month-and-a-half hiatus.

"The virus is at a point now where it is spreading in an awful lot of different ways," Health Minister Stephen Donnelly told state broadcaster RTE.

He said the shutdown is a "pre-emptive strike" on the spread of coronavirus in the nation of five million.

"We've lived through it before," he added.

"It worked, we flattened the curve ... and today is day one of us flattening the curve for a second time."

The daily death toll in Ireland has mostly remained in the single digits after peaking at 77 in April.

However the Republic is witnessing a resurgence in fresh infections of the virus, with 1,167 new confirmed cases announced on Wednesday evening.