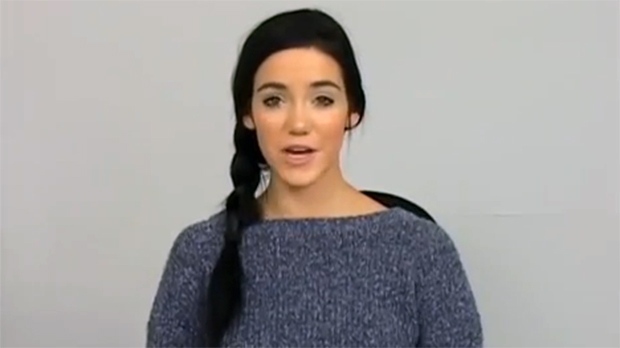 Actress Jennifer Box apologizes for her role in a viral hoax in a video posted to YouTube. (YouTube)

An actress who appeared as a drunk girl being exploited by men in a viral video that was later revealed to be a hoax has apologized for her participation.

The original video was posted to YouTube on Nov. 11. In the four-minute clip, a young woman pretends to be drunk, stumbling around Hollywood Boulevard in Los Angeles and looking for the bus to Culver City.

Numerous men approach her and offer to take her not to the bus stop, but to their homes.

The video was presented as a "social experiment" and commentary on the risks women face of being taken advantage of.

However, the video was revealed as a hoax when some of the men came forward to say that they were paid actors. One of them posted on Facebook that the video was "all staged."

On Tuesday, the actress who portrayed the drunk woman apologized for her role in the prank.

Jennifer Box said she was hired as an actress to portray a drunk girl in what was described to her as a "light-hearted prank show.

"Had I known the damaging outcome of this video I never would have participated," she said.

"And for the record, every male seen in this video were nothing but perfect gentlemen. So from the bottom of my heart, I am very, very sorry for my participation in this production and any harm it may have caused."