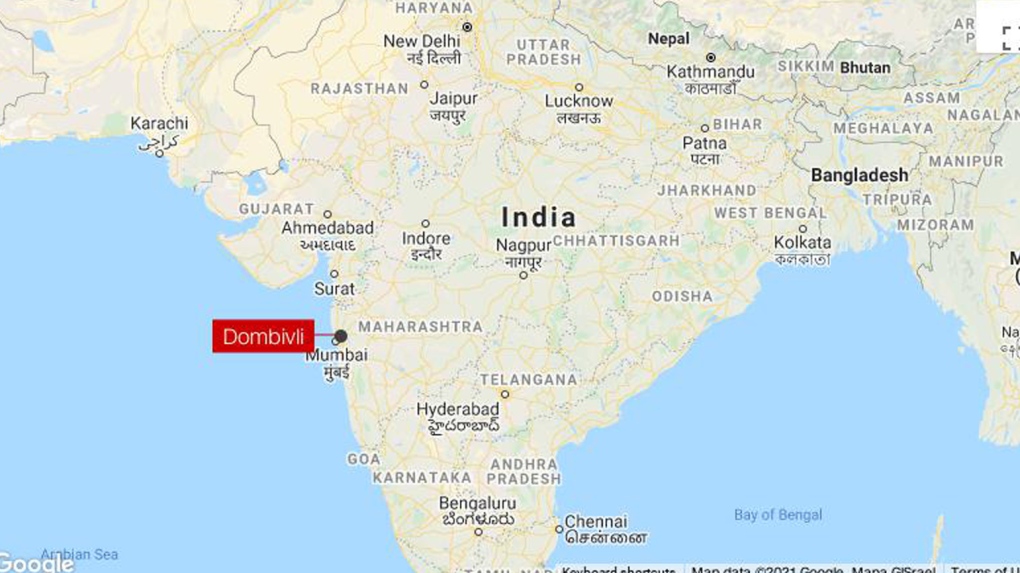 Police in India arrested 26 men on Thursday in connection with the alleged gang rape of a 15-year-old girl, which occurred repeatedly over a period of almost eight months. (CNN/Google)

Police in India arrested 29 men on Thursday in connection with the alleged gang rape of a 15-year-old girl, which occurred repeatedly over a period of almost eight months.

The victim was first raped on Jan. 29 this year, said Dinkar Mukne, a junior officer with the Mandapa police in the city of Dombivli, which neighbours Mumbai in Maharashtra state.

The rape was filmed, with the video then used to blackmail her repeatedly for the next eight months, said Mukne. She was allegedly raped by 33 perpetrators in total, including two teenagers, with the abuse lasting until this week.

When her family -- which had so far had no idea what was happening -- found out, they brought the victim to the police station on Wednesday and filed a complaint, Mukne told CNN on Friday.

The 29 men were arrested under the country's penal code, and separately under the Protection of Children from Sexual Offences (POCSO) law, which has more severe sentences of longer jail time.

"We are investigating the allegations and how the initial contact came about. But the girl knew some of the men and had come in contact with a few through social media," said Sonali Dhole, senior police official who is heading the investigation.

According to Dhole, the victim was taken to multiple locations within Dombivli and outside.

The incident is the latest in a slew of rape cases and controversies that have horrified the nation and highlighted once again its persistent problem with sexual assault.

Just two weeks ago, a woman allegedly raped in Mumbai died of her injuries, after she was found lying unconscious inside an open minibus. Activists say the case bears a striking similarity to the brutal 2012 gang-rape and murder of a student that prompted mass nationwide protests.

And last month, a 9-year-old girl was gang-raped and murdered in the capital of Delhi. Four men, including a Hindu priest, have been charged with involvement in her death.

Since the 2012 protests, when millions of women called for stronger laws and protections for women, the government has introduced new legislation and tougher penalties. But, activists say, the problem persists, fuelled by difficulties in reporting, poor enforcement by authorities, deeply rooted gender inequality and caste discrimination.

Reported rapes have increased over the years, potentially because of a greater awareness surrounding the issue. More than 32,000 were recorded in 2019, up from 25,000 in 2012. But many rapes go unreported, meaning the real number may be much higher.

The recent string of rapes in Mumbai has prompted police to announce new measures. Police will install women's safety cells in every police station in the city, and deploy patrolling vehicles in hotspots for crimes against women, police announced on September 14.

Other measures will include creating a sexual offenders' list dating back five years, and requiring officers to undergo training in dealing with sexual assault victims, complete with an exam before they join the force.