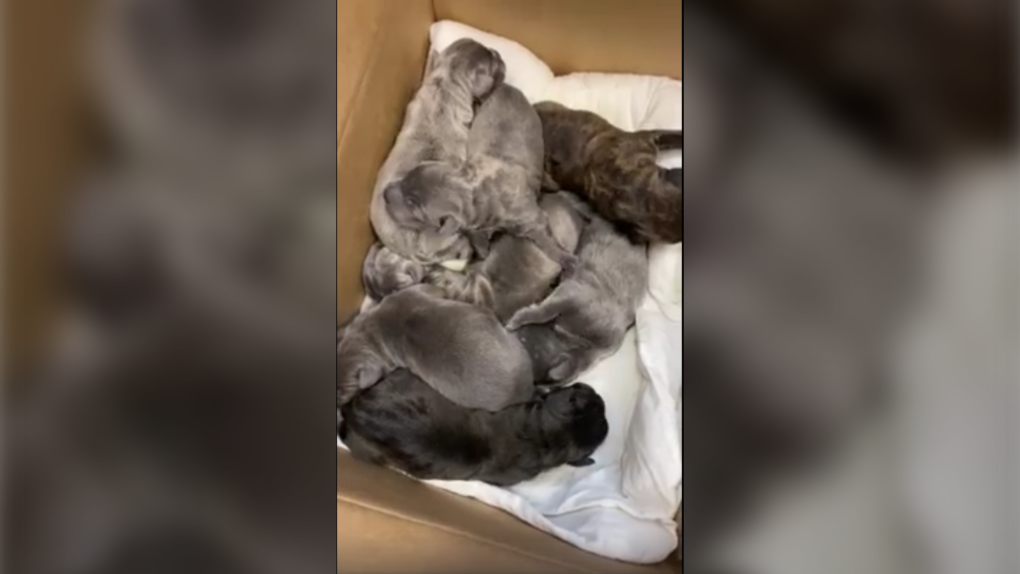 Half of Shadow's litter is seen in this screenshot from video. (Credit: Animal Emergency Service via Storyful)

TORONTO -- An Australian dog named Shadow gave birth to an astounding 21 puppies last week, a record litter for the country.

On April 20, the four-year-old Neapolitan Mastiff was taken to an animal hospital in Logan, a suburb of Brisbane, having already given birth to three puppies at home.

"We took radiographs straight after Shadow's arrival to see if any more puppies were on the way and made the amazing discovery of 10 plus puppies inside,” veterinarian Dr. Patrycja Zimmermann said in a blog post on the Animal Emergency Service website. “We quickly checked the fetal heartbeats, and were praying for the best outcome for her."

Vets performed an emergency Caesarean section on Shadow and had to surgically remove her reproductive organs due to a sudden loss of blood pressure, but the team of 10 vets were able to help Shadow give birth to another 18 puppies.

In all, 18 of the 21 puppies survived. Shadow and her surviving litterare back home recovering.

Shadow’s litter is now the largest in Australian history, eclipsing the previous record of 19.

It is not a world record, however, which belongs to a Neapolitan Mastiff in the United Kingdom named Tia, who gave birth to 24 puppies back in 2004, according to the Guinness Book of World Records.