Dog found with glue in his ears and legs tied together ‘making a quick turnaround’: vet 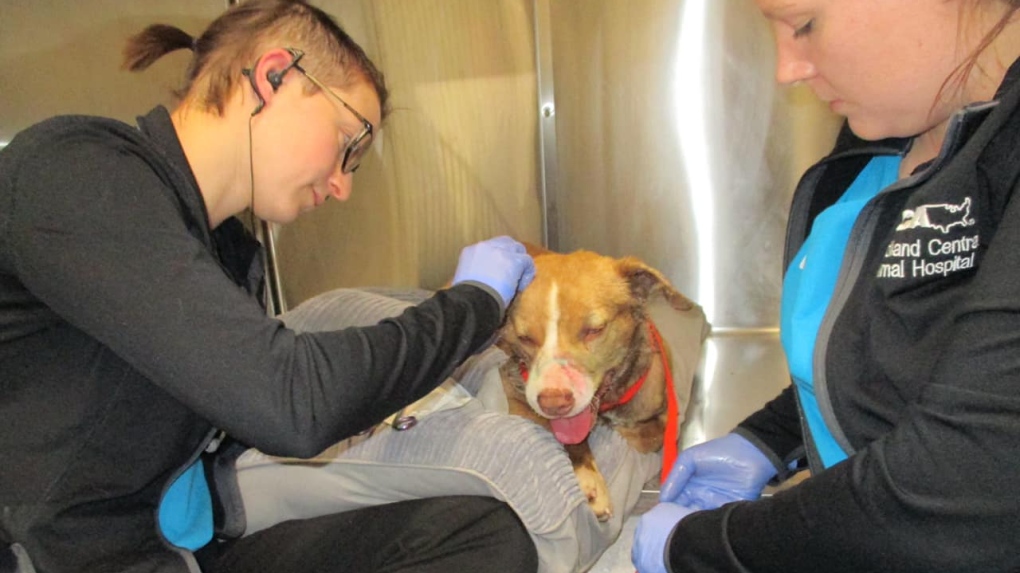 TORONTO -- A dog left for dead in an Oklahoma field with his legs strapped together and glue poured into his ears has survived and is making a “quick turnaround,” a veterinarian says.

The Humane Society of Tulsa was contacted by local police on Thursday about a mutt that was left stranded with chemical burns on his face and food wrappers shoved into his ears with glue.

"I was nervous that the ears would be entirely filled, which in that case would require an expensive surgery to repair and possibly loss of hearing but we were able to clear it out,” Haak told CTVNews.ca on Friday.

X-ray results found a BB gun pellet lodged inside him and most of his wounds were in different healing stages, indicating he had been suffering from chronic abuse from a previous owner, according to Haak.

“He was so fearful, so scared and upset but today he's just resting comfortably in his kennel. With 24 hours of food, love and a little bit of pain medication he's making a quick turnaround,” Haak said.

While Atlas is expected to survive, Haak said many neglected pets don’t get the same ending.

"There are many cases of abuse out there but not many of them are lucky enough for a good Samaritan to pick them up and bring them in,” Haak said.

Gina Gardner the president of the Humane Society of Tulsa told CTVNews.ca on Friday that a $10,000 reward was set up for anyone with information on those responsible for Atlas’ abuse.

Atlas is still being treated but is expected to return to the Human Society in a few more days to be put up for adoption.