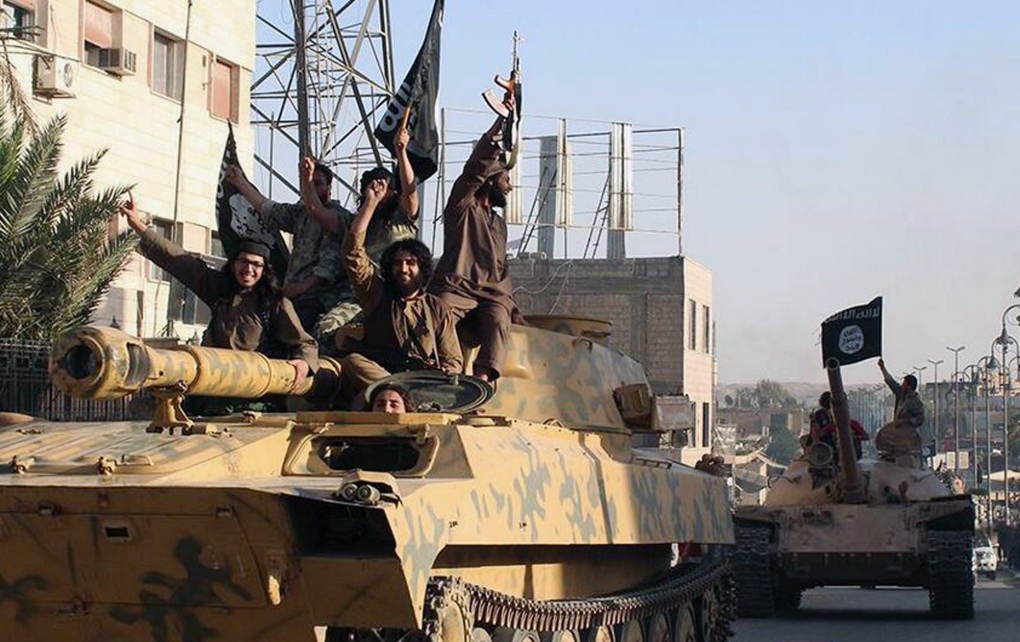 This image posted by the Raqqa Media Center, a Syrian opposition group, on Monday, June 30, 2014, which has been verified and is consistent with other AP reporting, shows fighters from the al Qaeda-linked Islamic State during a parade in Raqqa, Syria. (AP / Raqqa Media Center)

Writing on his Faith Foundation website, Blair said it would be better if the troops were to come from those closer to the fighting, such as Iraqi or Kurdish forces, but this may not be enough.

"There is real evidence that now countries in the Middle East are prepared to shoulder responsibility and I accept fully there is no appetite for ground engagement in the West," Blair said in an essay dated Monday. "But we should not rule it out in the future if it is absolutely necessary."

The U.S. and France have launched airstrikes in hopes of weakening the group.

Blair, whose final years in office were defined by the unpopular and much-criticized British engagement in the Iraq war, said that diplomacy and humanitarian work aren't enough to fight groups like Islamic State.

"Because the enemy we're fighting is fanatical, because they are prepared both to kill and to die, there is no solution that doesn't involve force applied with a willingness to take casualties in carrying the fight through to the end," Blair wrote.