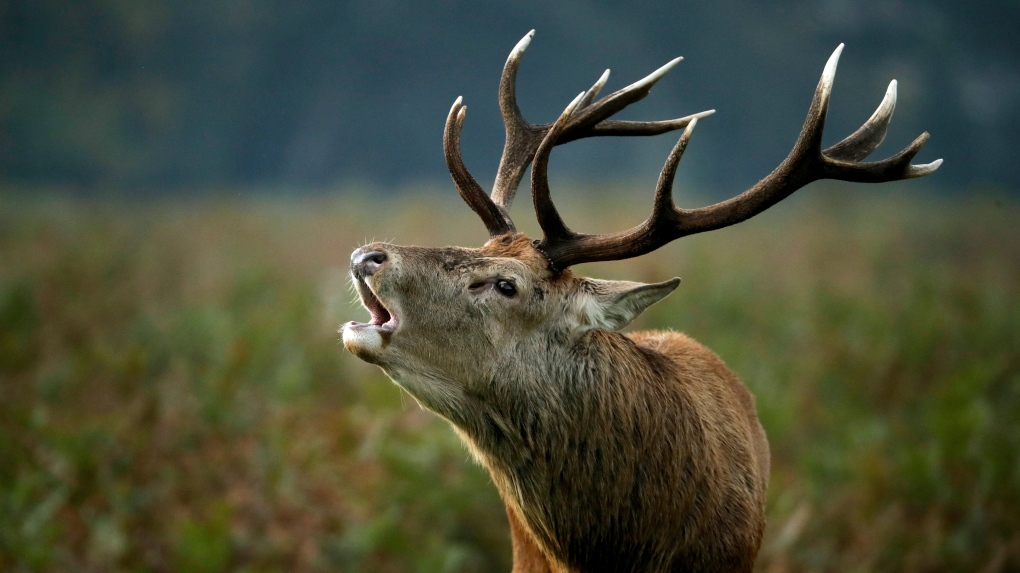 TORONTO -- Czech police are searching for a hunter’s rifle after a deer snatched it in its antlers and ran away with it during an incident in southern Bohemia.

Police said the hunter lost his 0.22 Hornet rifle during a hunting excursion in a forest near the village of Horni Plana on Friday.

According to a police press release published Tuesday, one of the hunting group’s dogs startled the stag as they were walking in the forest. The deer then charged directly at one of the hunters and ripped the man’s left sleeve with its antler as it ran past him.

Authorities said the hunter had slung his rifle over his left hand and the gun had slid down onto the deer’s antler when his sleeve was ripped.

“The deer escaped the hunter with a weapon,” police said in the statement, which was translated into English.

Fortunately, police said, the rifle didn’t have any ammunition in it at the time of the incident.

Another hunter reportedly spotted the deer with the rifle dangling from its antlers over a kilometre away from where the initial encounter with the animal took place.

After searching the forest for the rifle, hunters reported the missing gun to police.

Police said lost weapons must be reported to authorities under the country’s Firearms and Ammunition Act.

“If anyone finds the weapon, they are obliged to hand it over to the nearest police department,” police said.