Dead whale that keeps floating to California coast may have returned 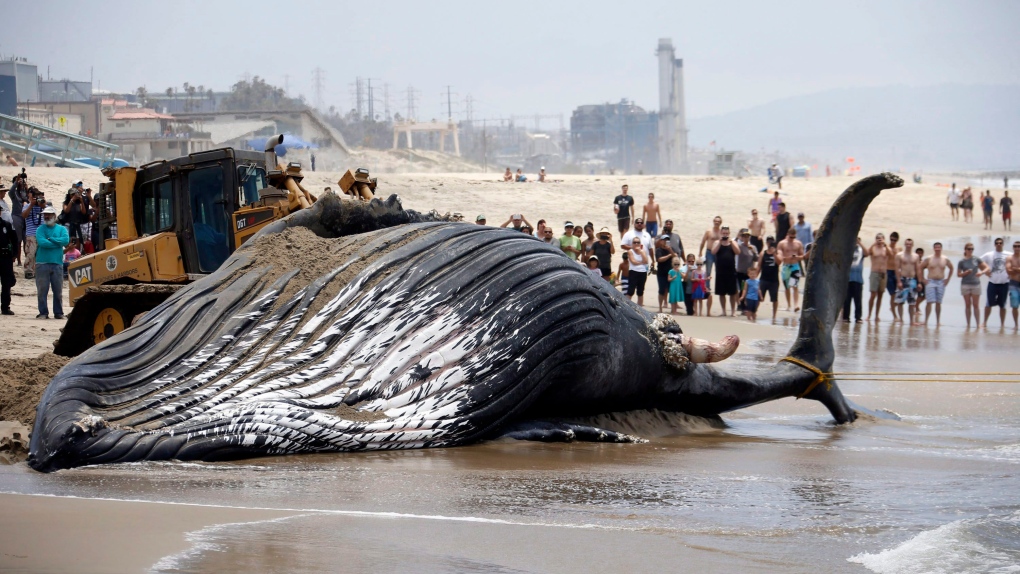 A bulldozer pushes a dead humpback whale that washed ashore at Dockweiler Beach into the ocean along the Los Angeles coast on Friday, July 1, 2016. (AP / Nick Ut)

ENCINITAS, Calif. - Officials say a dead whale that keeps returning to the Southern California coast after being towed out to the ocean might have floated back to the coast again.

Encinitas lifeguards say a whale body that came ashore Saturday at Grandview Beach had been decaying in the water for about two weeks, KABC-TV reports.

Officials have not yet conclusively determined if the body is that of Wally, but they believe it is the female whale, the TV station says. Officials say they will remove the carcass on Sunday.

Wally was first towed out into the ocean after washing up on Dockweiler State Beach in Los Angeles County before the Fourth of July weekend.

The decaying carcass was towed again a week later when it drifted toward San Pedro.

Wally was spotted near Newport Beach on July 10 and was towed out a third time but drifted back on July 11 and had to be removed again.