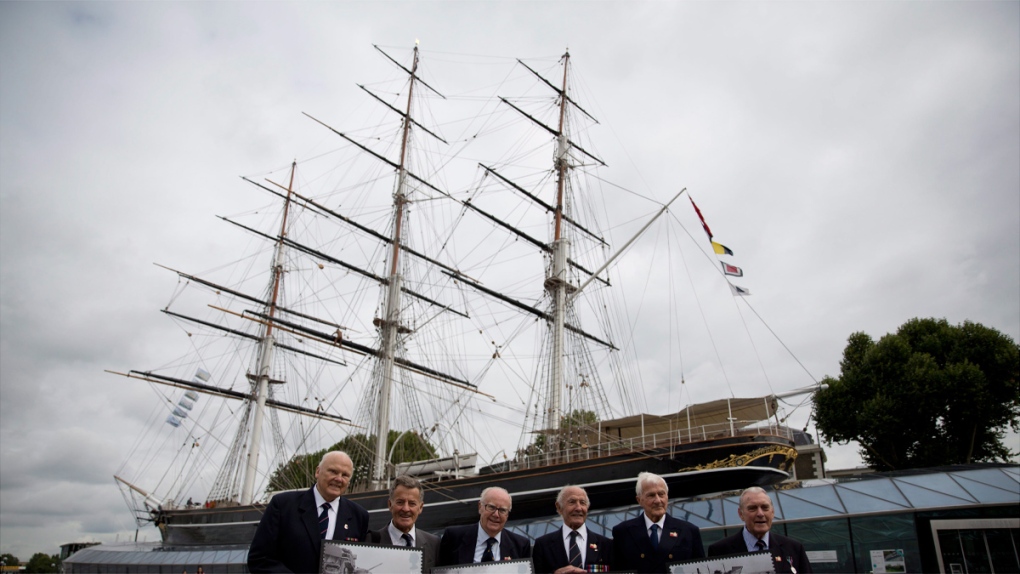 British Merchant Navy veterans at the launch of the restored Cutty Sark in London, on Sept. 18, 2013. (AP / Matt Dunham)

LONDON -- London firefighters have extinguished a small blaze on the 19th-century sailing ship Cutty Sark, a tourist attraction that was restored after a major fire in 2007.

London Fire Brigade said four engines and 21 firefighters were called to the fire Sunday morning, and that "a small part of the ship" was damaged.

One of the fastest ships of its day, the Cutty Sark was launched in 1869 and was designed to carry tea from the far east back to Britain.

The vessel was gutted by fire in May 2007 while it was being refurbished. Investigators blamed the blaze on a vacuum cleaner that had been left running.

It took five years of work and millions of pounds (dollars) before it reopened to the public in Greenwich, southeast London.