When Death is a Way of Life 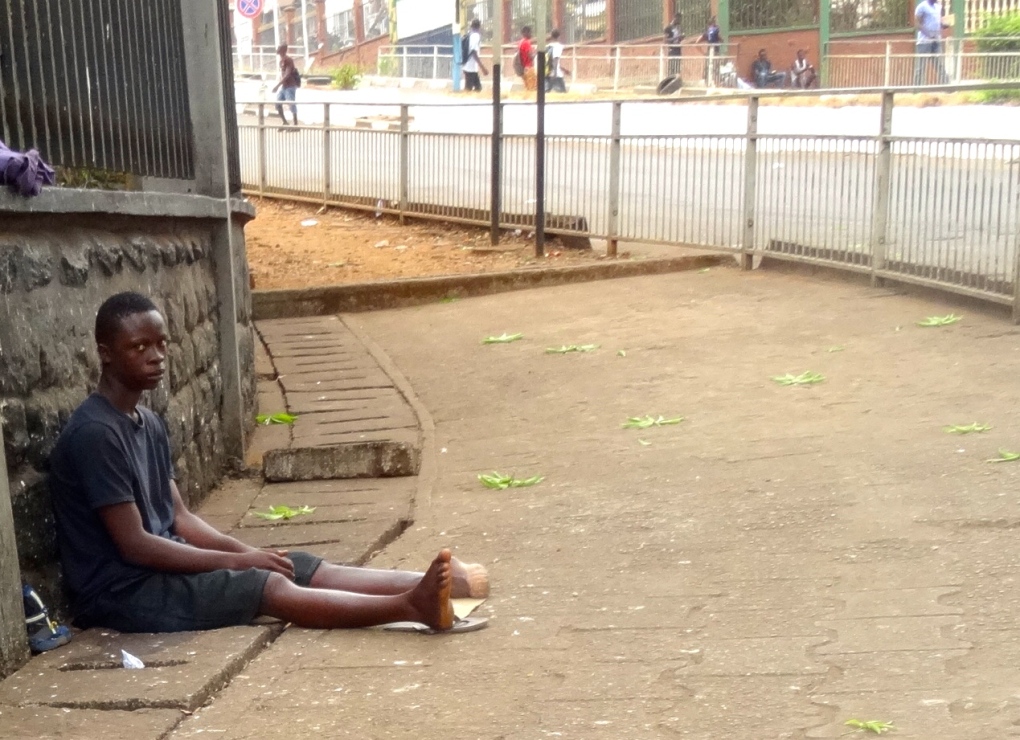 A man who is missing his left foot begs near the capital building in downtown Freetown. (Ethan Faber/CTV News)

FREETOWN, SIERRA LEONE -- Her name is Fatmata Kamara. Her home is a structure made of mud bricks in Koinadugu District, Sierra Leone. Taking care of her five-year-old son keeps her busy. The thought of her baby girl keeps her in a state of mourning. Her newborn daughter died in her arms on August 26th, 2011 as she sat in the waiting room of her local hospital.

She had no money, so the nurses ignored her as she begged for help. She’d gone into labour the night before, a month early. Her home is five miles from the hospital. With no ambulance service and no car of her own, Fatmata and her mother began to walk. Halfway there, the baby would wait no longer.

Fatmata delivered on the side of the road in the dirt. She picked up her daughter and kept walking. By the time she reached the hospital, her baby was convulsing. When she told the nurses she couldn’t pay the admitting fee, they refused to look at the child. Fatmata would sit in a waiting room chair as her daughter’s cries grew weaker and finally stopped.

Fatmata tells her story to Eastina Taylor, a radio reporter I’m here to train in a partnership between CTV News and Journalists for Human Rights.

Eastina is 25 and already knows far too much about her country’s broken health care system. In 2011, the same year Fatmata became pregnant with her daughter, Eastina’s mother Kumba noticed a lump in her breast. But she couldn’t be sure it was cancer because there are no mammography machines in Sierra Leone.

Still, her family began trying to scrape together USD $200 to pay for a mastectomy, but Kumba was scared because she knew other women who’d had the procedure and died from infection because their wounds weren’t dressed properly.

The safest bet, a trip to Accra, the capital of Ghana, where hospitals are known to at least have basic sterilization procedures. But the cost would be thousands of dollars. Eastina's salary is $50 a month.

As her family members tried to pool their limited resources, the lump spread under Kumba’s arm and up the side of her neck. At the local hospital, the nurses recommended treatment: morphine. A few days later, she was dead.

The stories of death here are everywhere. From Fatmata and Kumba, to the friendly 29 year-old security guard who was watching the iron gates last week when I visited Sierra Leone's only television station. On Monday I noticed he wasn't around, so I asked the two other guards where he was. They tell me their friend died a couple of days ago from what they can only describe as a “bad toothache.”

According to an international watchdog called the Budget Advisory Consortium, Sierra Leone’s government spends about $10 per person per year on health care. The average life expectancy is below 50 and my taxi driver is astounded when I tell him my mother has reached the age of 68.

The child mortality rate is one of the highest on the planet, with the World Health Organization reporting 11 thousand babies dying every year in this country of only 6 million people. There are bold promises to deal with the crisis, but people tell me those promises are rarely kept.

Take 2010, for example. That’s when the government here introduced the Free Health Care Medical Insurance initiative, a so-called guarantee of health care for pregnant and lactating women and children under five. The initiative would carry little weight one year later when Fatmata and her child were turned away.

Thirteen years ago, Sierra Leone was one of many African countries to sign the Abuja Declaration, a promise to allocate at least 15 per cent of annual budgets to health care by 2015. But the government’s own numbers show barely 10 percent of the budget going to health care, and international observers say only a tiny fraction of those funds ever find their way to the front lines.

For me, the most troubling aspect of these stories is not the fate of those who died. It’s the reaction of the loved ones they’ve left behind. Many of them seem to carry a sense of grim resignation.

The security guards are sad, but they don’t seem shocked as we share a cold drink by the iron gates in the hot African sun. Eastina quietly shakes her head and stares out the window at D’s Restaurant in Freetown. Fatmata is clearly gripped by profound sorrow as she prepares a meal of cassava leaves for her son, but she doesn’t seem angry.

Perhaps anger is an emotion that requires too much energy in a place where survival is a daily struggle and death is a way of life. 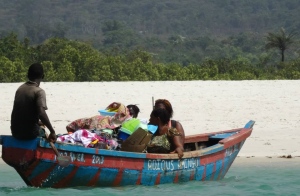