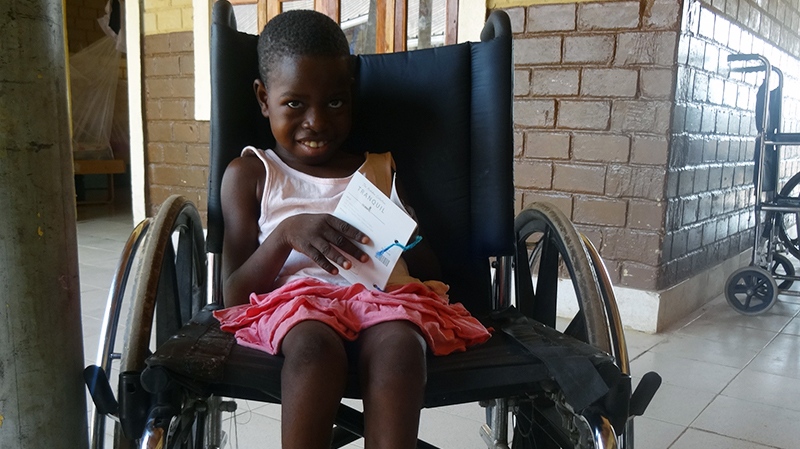 ROGBERE, SIERRA LEONE -- He lies on a bed, under a mosquito net, curled in a ball. He will stay like this most of the day. Even if he wanted to sit up, he couldn’t. His enlarged head is almost as big as the rest of his emaciated body, his neck, unable to bear the weight. The boy, perhaps six years old, probably has encephalitis, an inflammation of the brain that’s common in Sierra Leone. It’s often brought on by malaria, which is everywhere in this part of west Africa. We say he probably has encephalitis, because we don’t know for sure. He was found in the back of his family home, lying in the dirt next to buckets of shit and motorcycle parts. His parents believed he’d been possessed by a demon. He was starving. Now, for the first in his life, there are people who care for him, but his future is far from certain.

The boy is one of 38 children receiving food, shelter and love in a new facility situated in Rogbere, a remote village past Waterloo, two hours outside the capital city of Freetown. All the children here are disabled, either physically or mentally, in some cases both. “Many of them have just been abandoned,” says Marjie Sutton, who runs the shelter, built by the London-based Christian charity A Call to Business. “The families couldn’t cope,” she says. “Other times, it’s just deep superstition.” 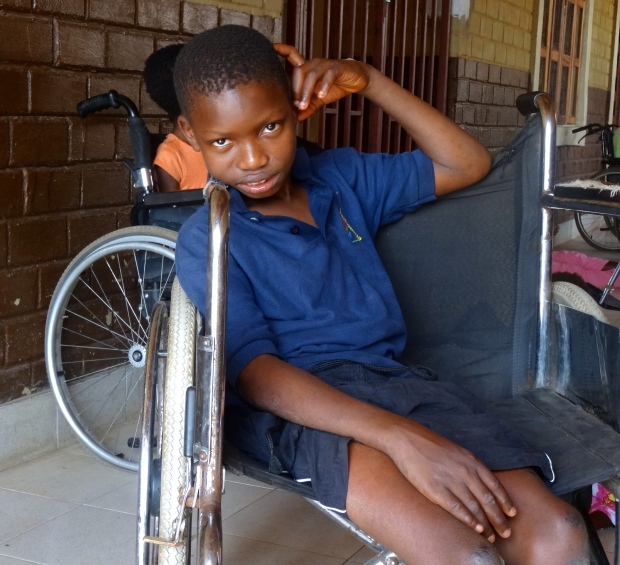 The children, in spite of their disabilities, are welcoming and full of smiles (Ethan Faber)

In another part of the complex, a group of children sits quietly in the shade. Some are in wheelchairs, others use crutches. Many just sit on the floor, their limbs stretched out in awkward angles. I notice deep callouses and scars on knees and elbows battered by years of crawling. This is what polio looks like. The disease that’s been all but eradicated in industrialized countries is common here, despite several widespread vaccination campaigns. And once you have the disease, or any other disability in Sierra Leone, it appears to me you are pretty much on your own.

With almost no public health care, and after a long civil war that only ended in 2002, the UN estimates there are half a million people living with disabilities in this country of six million. 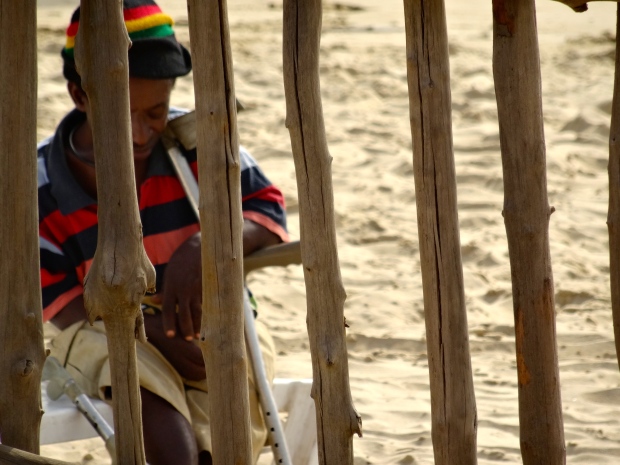 People with disabilities are among the most marginalized in Sierra Leonean society. There are no services for them, no treatment, no accessibility. (Ethan Faber)

"I haven’t come across any services available for the handicapped," Sutton tells me, "particularly as they grow into adulthood." And there’s the rub. This shelter has saved these children’s lives, but what kind of lives will they live? The charity built the facility, along with a school, about a year ago, and when the first group of children with disabilities arrived, those with the capacity for speech sang a song about coming to the promised land.

Promises are common in Sierra Leone. Delivering on them is another story. The UN Convention on the Rights of Persons with Disabilities calls on governments to enable "persons with disabilities to fully enjoy all human rights and fundamental freedoms." The Convention is the inspiration behind Sierra Leone’s Persons With Disability Act, introduced in 2011. The Act is supposed to enshrine the rights of the disabled in the constitution. Three years after that law passed, I see people in wheelchairs, homemade carts, crutches and even hands and knees struggling daily to reach sidewalks and stores that are only accessible by stairs. Public transit (such as it is) is an impossibility for those who can’t use their legs. This week I watched a man in a wheelchair grab onto the rear bumpers of passing cars and trucks on Pademba Road to take his chances in the morning rush hour. When I visited, of all places, the building in Freetown that houses the Human Rights Commission of Sierra Leone, I climbed several flights of stairs to reach the office. There was no sign of any ramp, let alone an elevator. This is the place citizens are told to bring their concerns about human rights issues. 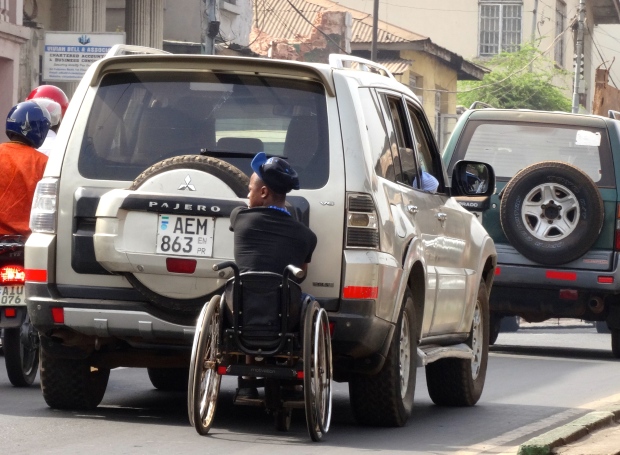 A man in a wheelchair grabs onto a bumper as he tries to find his way across the capital city, which has no transportation services for people who can't use their legs. (Ethan Faber)

Back at the shelter, many of the children smile when I kneel down to say hello. Some reach out to hold my hand. I can feel their strength. I can see their potential. They’re safe, for now, but their future is so uncertain. The volunteers are still looking for long-term funding and they say there are few if any therapists in the country with the expertise to treat people with disabilities and no schools to teach those skills. So for now, the children sit in the shade, full of hope, while the little boy inside lies quietly in his bed.