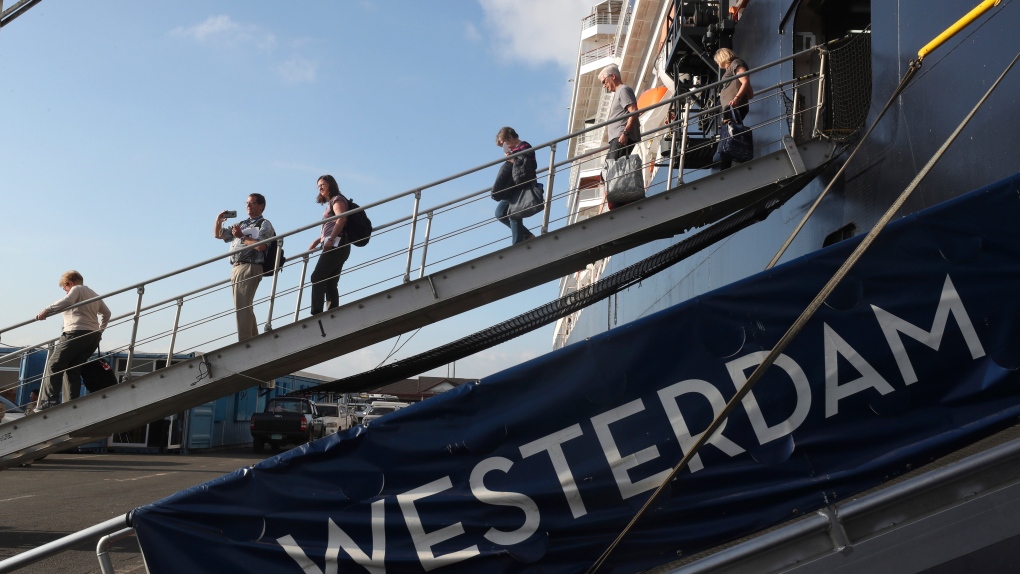 PHNOM PENH, CAMBODIA -- A U.S. cruise operator is working to track down hundreds of passengers who disembarked a luxury liner in Cambodia after one traveller was later diagnosed with the deadly coronavirus.

The Westerdam was at sea for two weeks during which it was barred from Japan, Guam, the Philippines, Taiwan and Thailand over fears it could be carrying the virus, which originated in China and has killed more than 1,700 people.

Cambodia, a staunch ally of Beijing, allowed the ship to dock Thursday at its southern coastal town of Sihanoukville, with authorities carrying out temperature checks on passengers before they left the ship to catch flights home.

But one traveller was stopped late Saturday on arriving in Malaysia after airport staff detected a fever. She was later diagnosed with the coronavirus.

The 83-year-old American woman is under observation at a hospital while her husband, 85, is also being monitored.

Some 137 passengers from the Westerdam who also took the Malaysia flight with the American have now left on commercial flights for other destinations.

Cruise operator Holland America said late Sunday it was in "close coordination" with Malaysian and Cambodian officials alongside experts from the World Health Organization and the U.S. Centers for Disease Control and Prevention.

The company is working with "national health authorities to investigate and follow up with individuals who may have come in contact with the guest", said Dr Grant Tarling, the operator's chief medical officer.

Another 233 passengers and 747 crew remain on the Westerdam, which is still docked at Sihanoukville. Authorities have been allowing them to leave the vessel in waves based on their flight bookings but those on board told AFP they are now not permitted to disembark.

The Cambodian Ministry of Health said Sunday it was "actively searching for any suspected cases" and urged the public "not to worry too much."

Other passengers who have already left the ship are in Phnom Penh waiting for flights home.

A tweet by passenger Christina Kerby said Cambodia's health ministry had instructed them to stay in their hotel rooms.

"Fingers crossed for good health for everyone," she posted after being tested for the virus.

In China more than 70,000 people have been infected with the coronavirus while about 780 infections have been reported in other countries.

The death toll reached 1,770 on Monday but more than 11,000 patients have recovered.

Cambodia's decision to allow the Westerdam to berth was lauded by U.S. President Donald Trump, who called the country "beautiful" on Twitter, and U.S. ambassador Patrick Murphy boarded the ship to greet its American passengers.