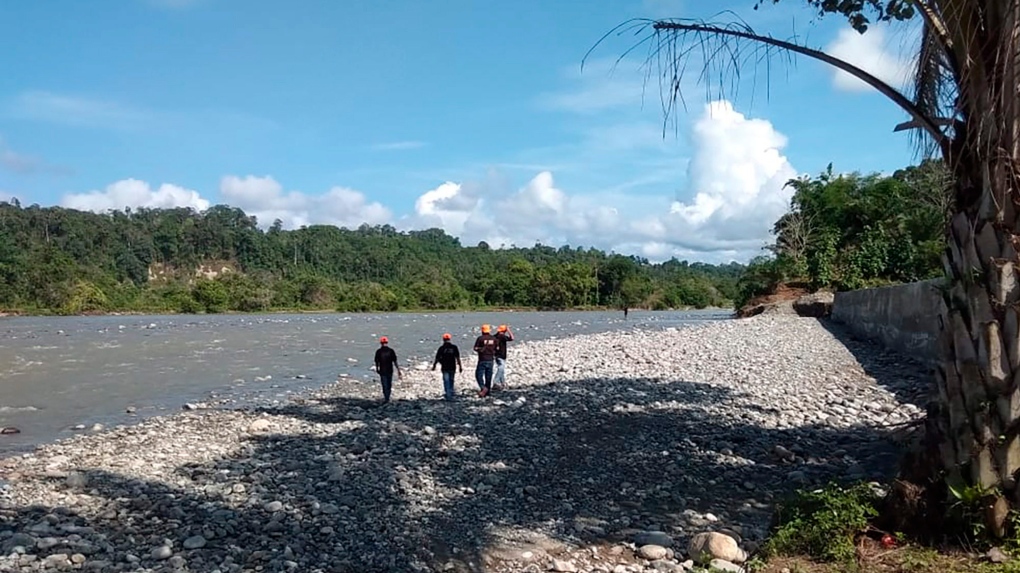 JAKARTA, INDONESIA -- A footbridge on Indonesia's Sumatra island broke while it was packed with people and several fell into the overflowing river below and drowned, officials said Monday.

Nine bodies have been pulled from the water as far as 20 kilometres (12.4 miles) from the bridge that broke Sunday afternoon in Kaur district of Bengkulu province.

About 30 people, most of them teenagers, had just returned from a tour at a nearby hydropower plant and stopped on the footbridge to take photos of the extreme flow of the river.

"It was apparently (beyond) its capacity. Some teens even had rocked the bridge while joking," Syafiri said.

He said about 20 survivors were rescued and one was hospitalized with serious injuries.

Photos released by the agency showed rescuers using an inflatable boat while they searched for victims near the broken bridge and villagers using bamboo and clothes to carry a body.

Seasonal rains in recent weeks have caused severe flooding and landslides in Indonesia. Many of the nation's nearly 270 million people live in mountainous areas prone to landslides or plains close to rivers that flood regularly. The archipelago of 17,000 islands also has frequent seismic and volcanic activity.