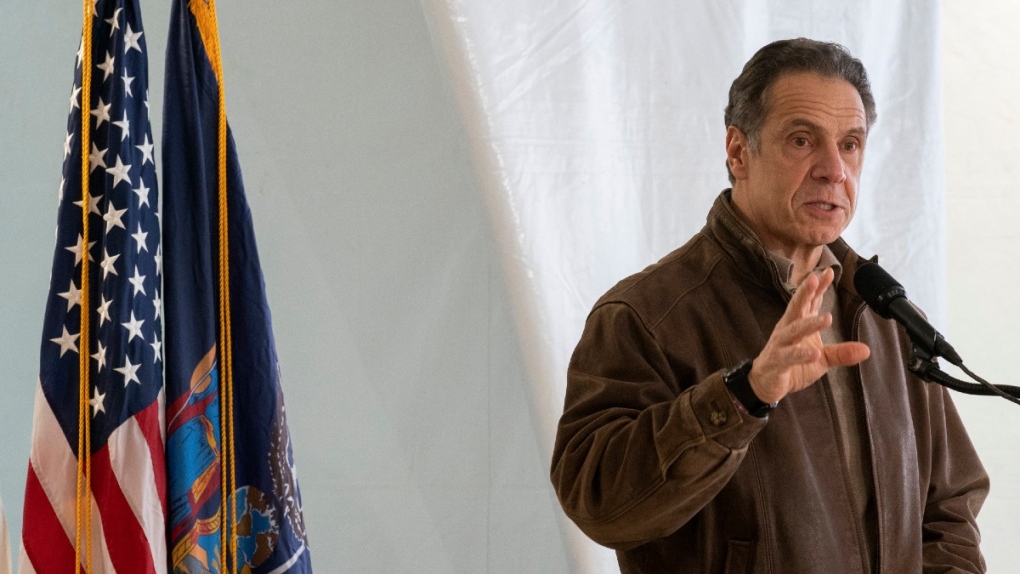 When Yuh-Line Niou first arrived in Albany to work as a legislative aide in 2013, lawmakers grabbed her buttocks, suggested she and her boss were "a hot duo" who should have sex, and peered into her office to check her out for a "hot or not" list.

Niou, then a chief of staff in her late 20s, never reported it. She feared it would unfairly drag down her boss. But the experiences stayed with her.

She bristled Monday at the response from Gov. Andrew Cuomo to allegations he sexually harassed two young women in state government, remarks some on social media called a "faux-pology" that blames victims for misinterpreting his "good-natured" jokes.

"When is it a joke to say 'Do you have sex with older men?"' said Niou, now 37, who became a member of the New York Assembly herself in 2017 and represents lower Manhattan. "I felt like it was very much gaslighting instead of an apology, and I think a lot of women read it that way."

Cuomo, a fellow Democrat, has not been seen in public since new details of the sexual harassment complaints became public last week.

One former administration employee, Lindsey Boylan, said Cuomo kissed her on the lips, commented on her appearance and summoned her to an unnecessary private meeting in his office after a holiday party.

Another former employee, 25-year-old Charlotte Bennett, said Cuomo questioned her about her sex life, talked about being lonely and asked if she would be open to a sexual relationship with an older man.

And late Monday, a third woman, Anna Ruch, said in New York Times story that Cuomo touched her back and face without consent and asked to kiss her in the middle of a 2019 wedding reception, moments after they met.

Bennett criticized Cuomo's statement in one of her own Monday, saying the 63-year-old governor has "refused to acknowledge or take responsibility for his predatory behaviour."

Cuomo's office did not respond to a request for comment Monday. He denied Boylan's allegations in his statement and said that in Bennett's case, he had intended to act like a mentor.

"I have teased people about their personal lives, their relationships, about getting married or not getting married. I mean no offence and only attempt to add some levity and banter to what is a very serious business," the three-term governor said in the statement issued Sunday.

"I now understand that my interactions may have been insensitive or too personal and that some of my comments, given my position, made others feel in ways I never intended. I acknowledge some of the things I have said have been misinterpreted as an unwanted flirtation," he continued. "To the extent anyone felt that way, I am truly sorry."

"The notion that his behaviour was simply unwanted 'flirtation' that may have caused `offence' entirely ignores a workplace hierarchy in which he -- the governor of the state -- was positioned at the very top," Tuerkheimer said.

"It's about the environment. The allegations described an environment that made both of these women feel degraded as objects, rather than the competent workers they were," she said.

The allegations against Cuomo emerged almost exactly a year after the high-profile sexual assault trial in New York of movie mogul Harvey Weinstein ended in a conviction, and more than three years after the .MeToo movement took hold.

And it follows sex scandals that helped derail the careers of his two predecessors. Eliot Spitzer resigned in 2008 after patronizing a prostitution service, and David Paterson ended his reelection bid in 2010 after acknowledging extramarital affairs.

Bennett complained to her bosses and to Cuomo's legal counsel last spring about what she deemed the governor's sexual advances and was transferred to a new position before leaving public employment in November.

Katz called Cuomo "tone-deaf" and questioned whether a governor who asks "invasive, inappropriate questions about a subordinate employee, almost 40 years his junior," is fit for office.

"If he says 'Yeah, this is how I talk to people,' then other women were subjected to this," she said.

Niou believes that sexual harassment in state government remains pervasive, but said it's at least being discussed more openly as more women take office. She took part in a statehouse hearing on the issue in 2017 that led to reforms, but she said the new laws are not yet comprehensive enough.

"That's why these stories were so striking and could be so relatable, because how many times have women had to have complete career changes, had their entire lives altered," she said, pausing for a heavy sigh, "when a man has exercised power in that way?"

"It happens to so many women."

This story has been updated to correct the age of Yuh-Line Niou. She is 37, not 38.