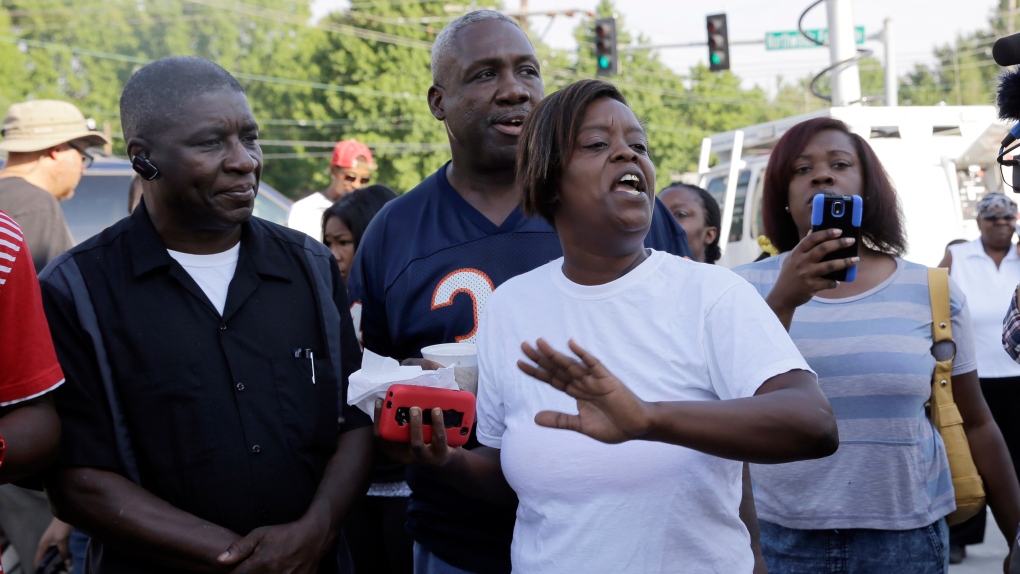 After a week of violent clashes between police and protesters, Missouri authorities leading the investigation into the police shooting death of an unarmed black teenager are increasingly facing questions about whether their eventual findings can be seen as credible among residents who are highly distrustful of those in charge.

The coming days and weeks will be crucial as grand jurors began hearing evidence that will help determine whether Ferguson police officer Darren Wilson is charged with a state crime for the Aug. 9 shooting of 18-year-old Michael Brown.

The U.S. Justice Department is conducting a separate civil rights investigation, which could mean there are two decisions about whether to charge Wilson, who is white.

The state's case is being overseen by St. Louis County Prosecuting Attorney Bob McCulloch, who is white, and remains in charge despite mounting pressure to step aside from some local residents and black St. Louis area officials who believe he cannot be impartial.

In some other prominent cases - most notably, the 2012 racially charged shooting of Trayvon Martin in Florida - special state prosecutors have been appointed to determine whether to pursue charges. That sometimes has occurred only after the local authorities took no action.

But under Missouri law, it "would be highly, highly, highly unusual" for a prosecutor to step aside merely because of racial tensions in a high-profile case, said Peter Joy, a Washington University law professor who directs the school's Criminal Justice Clinic. That's because in Missouri, "the buck stops with the head prosecutor" in each county.

Missouri law allows two avenues for outside prosecutors. The local prosecutor can ask for help from the governor, who can appoint the state attorney general's office to the case, or a court can appoint a special prosecutor if the elected one has a conflict of interest.

Police shootings don't automatically qualify as conflicts of interest and often are handled by local prosecutors.

"Just because the case is really hot and really controversial would not be a reason why I would seek a special prosecutor," said Eric Zahnd, a Kansas City-area prosecutor who is a past president of the Missouri Association of Prosecuting Attorneys.

Police say Brown failed to move out of the center of the street when Wilson asked him to, and a scuffle ensued before he was shot. Witnesses say Brown had his hands up as Wilson fired multiple rounds.

Wilson, a six-year police veteran who had no previous complaints against him, has been on paid administrative leave since the shooting and the department has refused to comment on his whereabouts. Associated Press reporters have been unable to contact him at any addresses or phone numbers listed under that name in the St. Louis area.

In the predominantly black St. Louis suburb of Ferguson, where the shooting occurred, many residents say they have long been harassed and intimidated by the police department, which has just three black officers on its 53-member force. They also have no confidence in McCulloch, who has been prosecutor since 1991.

"He's not going to prosecute the police officers," said Robert Fowler, a 48-year-old electrician. "In the ghetto ... every police officer, he's letting go free. They call it justifiable homicide."

Part of the skepticism stems from McCulloch's past. He comes from a family of police officers, and when McCulloch was a 12 years old, his father was fatally shot while responding to a call in 1964. Others point to a 2001 case, where McCulloch brought no charges against two officers who fired 21 shots into a vehicle, killing two black men during an attempted drug arrest.

A McCulloch spokesman told The Associated Press the prosecutor has no plans to step aside from the Brown case.

"The people of this county have placed their trust in me," McCulloch told TV station KMOV. "I've been as fair and impartial and done as thorough of a job as we could."

U.S. Rep. William Lacy Clay Jr., St. Louis County Executive Charlie Dooley and state Sens. Maria Chappelle-Nadal and Jamilah Nasheed - all of whom are black - have called on McCulloch to consent to a special prosecutor.

Nasheed started an online petition and got more than 15,000 signatures within two days seeking a special prosecutor.

"In the past, justice has not been achieved in these types of police shootings," said Clay, who represents the area. "So I have no comfort with local-authority prosecution, the judicial system or even police conducting a thorough and conclusive investigation that delivers justice to family of Michael Brown."

"Simply put: he has a natural bias," Chappelle-Nadal, the local state senator, said of McCulloch. "My community doesn't trust him."

Although it was not a racially charged scenario, Missouri does have a recent case in which a special prosecutor took over a highly publicized case.

Last October, a prosecutor in rural northwest Missouri asked a judge to appoint a special prosecutor after public concerns that he didn't do enough before dropping felony charges against a teenage boy accused of sexually assaulting a younger girl. A judge appointed a Kansas City area prosecutor to take a new look at the case, and Matthew Barnett pleaded guilty in January to misdemeanor child endangerment.