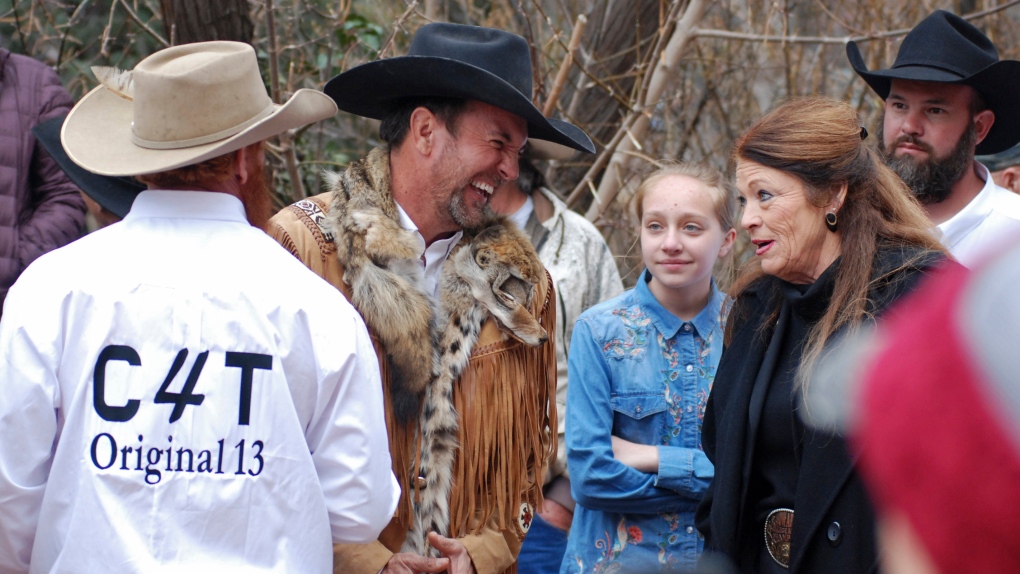 Cowboys for Trump founder Couy Griffin is fighting to keep his seat as a New Mexico county commissioner as he faces possible removal and disqualification from public office for his participation in last year's insurrection at the U.S. Capitol.

Griffin was previously convicted of a misdemeanour for entering Capitol grounds on Jan. 6, 2021. He was sentenced to 14 days and given credit for time served.

Three residents of Santa Fe and Los Alamos counties filed a lawsuit seeking to remove Griffin from being commissioner of Otero County's 2nd district for the rest of his term.

Griffin, a 47-year-old Republican, is representing himself in the two-day bench trial that began Monday.

"This lawsuit is about removing a duly elected county commissioner from office through the civil court," Griffin said in court. "By allowing this case to move forward, you're going to set a very dangerous precedent."

On the witness stand Monday, Griffin said he went to Washington, D.C.' to peacefully protest and pray with other Trump supporters.

"I had no intention of breaking the law on that day," he said.

The three plaintiffs in the case argued in a 259-page petition that Griffin should be disqualified from holding public office on the basis of a clause in the 14th Amendment to the U.S. Constitution.

The amendment holds that anyone who has taken an oath to uphold the Constitution be barred from office for engaging in insurrection or rebellion or giving aid or comfort to the nation's enemies.