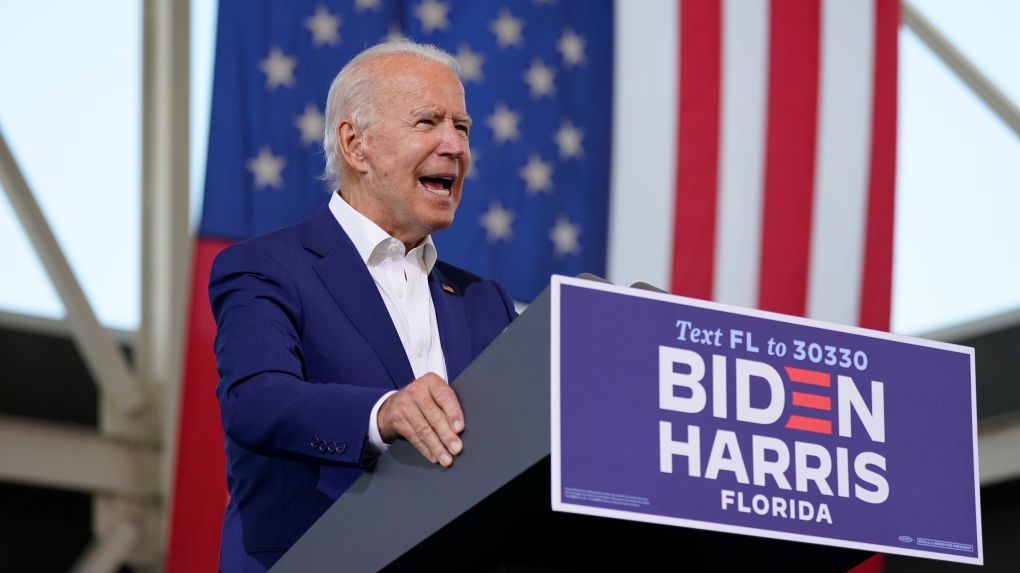 KANNAPOLIS, N.C. -- A North Carolina man indicted last month on child pornography charges had searched earlier this year for Democratic presidential candidate Joe Biden's home online, travelled near the home and wrote a checklist that ended with the word "execute," according to federal court documents.

The information was contained in documents related to a detention hearing for Alexander Hillel Treisman, held in U.S. District Court in Durham. A magistrate, in an order signed Oct. 8, ordered Treisman to remain in custody.

An officer with the U.S. Marshal's Service and the Joint Terrorism Task Force testified that a search of Treisman's electronic devices and account showed a timeline of internet searches between March and May of this year seeking information about Biden's home address, state gun laws, rifle parts and night vision goggles.

The officer also said the search turned up a meme Treisman posted in April with the caption "should I kill joe biden?" as well as purchasing an AR-15 in New Hampshire, according to the document. It also said the search determined that Treisman had travelled to a fast-food restaurant within 4 miles (6 kilometres) of Biden's home, and also wrote a checklist note ending with the word "execute."

The Secret Service did not immediately respond to a request for comment on Thursday night.

Also found on the man's cellphone was a video shot in April as he drove by the Mandalay Bay Resort and Casino in Las Vegas, where a mass shooting killed 58 people and injured more than 800 at an open-air concert in 2017, according to the court document. It said a note on the phone described a plan for a mass shooting at a mall food court on Christmas or Black Friday, and there were still images from video footage of the mosque shooting in Christchurch, New Zealand, in which 51 worshippers were killed in 2019.

The discoveries began with a report of an abandoned van. An FBI special agent testified that workers at a Kannapolis bank branch reported the van in the parking lot. Police officers looking inside the van saw an AR-15-style rifle, a box for a Taurus .380 handgun, a canister of the explosive material Tannerite and a box of 5.56 calibre ammunition, according to the documents.

The agent said in the records that a search of the van revealed approximately $509,000 in cash; books on survival, bomb making, improvised weapons and Islam, drawings of swastikas and planes crashing into buildings. The search also turned up additional firearms, according to the agent.

The agent testified that Treisman had gone to the bank and asked about the van. Bank employees called police, who took him into custody. A search of the car Treisman used to get to the bank turned up two more guns and three fake driver's licenses for Washington, Florida and California, according to court records.

A lawyer for the man couldn't immediately be located late Thursday.