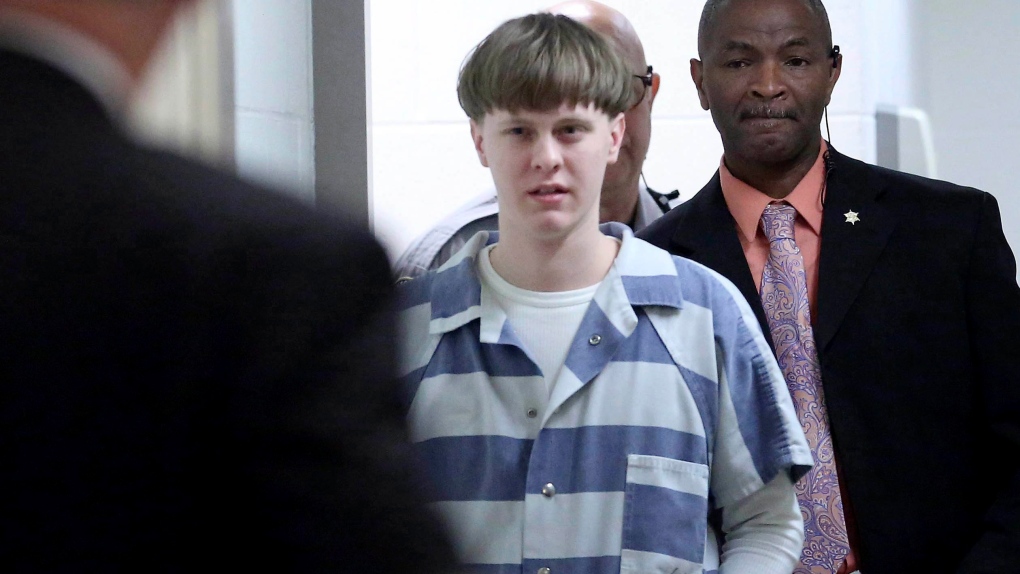 Dylann Roof has lost the next phase of his appeal, with a federal court turning down his request for a new hearing to challenge his death sentence and conviction in the 2015 racist slayings of nine members of a Black South Carolina congregation.

In an order issued Monday, the 4th U.S. Circuit Court of Appeals wrote that it was denying Roof's request for a hearing before a full appellate court, as well as his petition that a court of substitute judges from other circuits be designated to consider his case.

All of the judges from the 4th Circuit, which covers South Carolina, have recused themselves from hearing Roof's case, thus adding an uncommon wrinkle to the flow of his appeals process. One of their own, Judge Jay Richardson, prosecuted Roof's case as an assistant U.S. attorney.

Richardson led the case against Roof in 2017, when he became the first person in the U.S. sentenced to death for a federal hate crime. Authorities have said Roof opened fire during the closing prayer of a Bible study at Mother Emanuel AME Church in Charleston, South Carolina, raining down dozens of bullets on those assembled. He was 21 at the time.

In his appeal, Roof's attorneys argued he was wrongly allowed to represent himself during sentencing, a critical phase of his trial. Roof successfully prevented jurors from hearing evidence about his mental health, “under the delusion,” his attorneys wrote, that “he would be rescued from prison by white-nationalists - but only, bizarrely, if he kept his mental-impairments out of the public record.”

In May, a panel composed of judges from several other appellate circuits heard Roof's case. Three months later, those judges rendered their decision, unanimously upholding his conviction and death sentence and issuing a scathing rebuke of Roof's crimes.

“No cold record or careful parsing of statutes and precedents can capture the full horror of what Roof did,” the judges wrote. “His crimes qualify him for the harshest penalty that a just society can impose.”

Roof subsequently asked that a full appellate court consider his case, arguing that the panel's decision interpreted too broadly the Commerce Clause of the U.S. Constitution, which authorizes Congress to regulate commerce among the states. Government lawyers opposed that notion, arguing that prosecutors had proven their case.

On Monday, the 4th Circuit wrote it “declines to take the unprecedented step” of seeking a full substitute court to consider Roof's request for a new appellate hearing, citing U.S. Supreme Court precedence that “only judges of the Circuit who are in regular active service may make the determination to rehear a case en banc.”

If unsuccessful in his direct appeal, Roof could file what's known as a 2255 appeal, or a request that the trial court review the constitutionality of his conviction and sentence. He could also petition the U.S. Supreme Court or seek a presidential pardon.