Couple together for nearly 65 years die on the same day 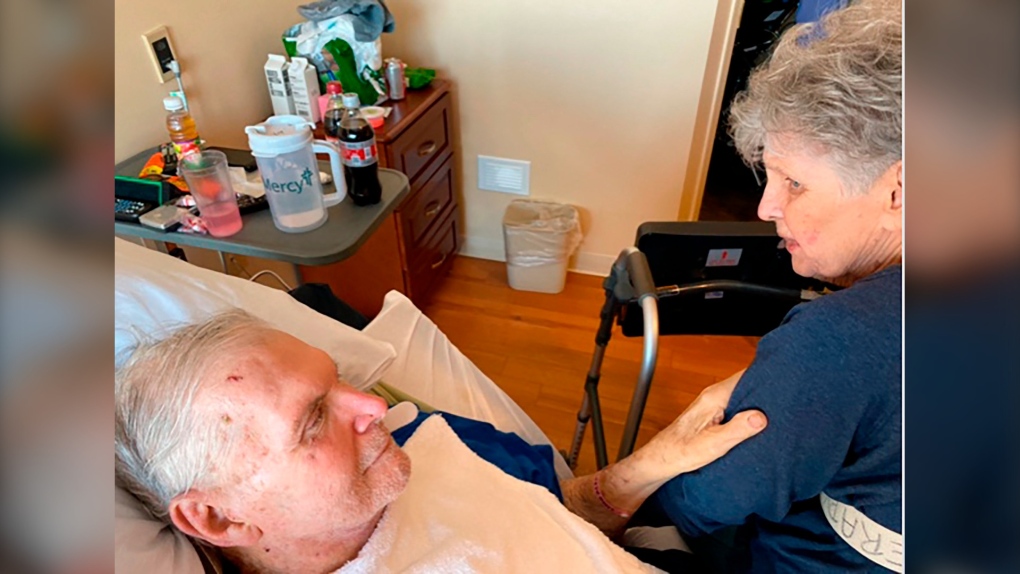 ARNOLD, MO. -- A couple who had been together for nearly 65 years have died on the same day at a St. Louis-area nursing home.

Jack and Harriet Morrison's beds were placed next to each other in their final hours, allowing them to hold hands, the St. Louis Post-Dispatch reported.

"I'm sad. But I know they're at peace and they're back together," said Sue Wagener, a niece raised by the Morrisons. "It truly was a love story for the books."

The couple went on their first date on Halloween of 1955. "They went to a little diner and never separated from that day on," Wagener said. They married about six months later.

They met as Harriett accompanied her father on a trip with the drum and bugle corp he played in. Jack was behind the wheel of a charter bus that drove the group to some of its concerts.

Together, the couple ran and grew V-K Bus Lines while raising Wagener and their two sons.

They were active Moolah Shriners, a fraternal order devoted to philanthropy, and travelled the world next to each other, often on Shrine-related trips, including to Europe and Australia.

About a year ago, Harriet tripped while walking their dog, breaking her pelvis and hip, Wagener said. She had dementia, and moved into The Woodlands of Arnold nursing home and rehabilitation centre.

Meanwhile, Jack was having trouble living at home. Wagener said she talked him into moving into a villa at the Woodlands in May. In September, he also fell, breaking his neck. He then moved into the nursing home, four doors down the hall from his wife.

Even then, they would nap together, one in a wheelchair, the other in bed -- their hands intertwined.

"Some days she knew him; other days she didn't," said Wagener.

Wagener said she told Jack on Christmas Eve that Harriet had stopped eating and drinking. He barely ate or drank after that.

About 11 p.m. on Jan. 10, she got a call from a nurse saying Harriet appeared close to death. The nurse asked if staff could move furniture out of Jack's room so the couple could be together.

Wagener said there was nothing she'd love more.