Cory Booker returns to Newark to recharge his 2020 campaign 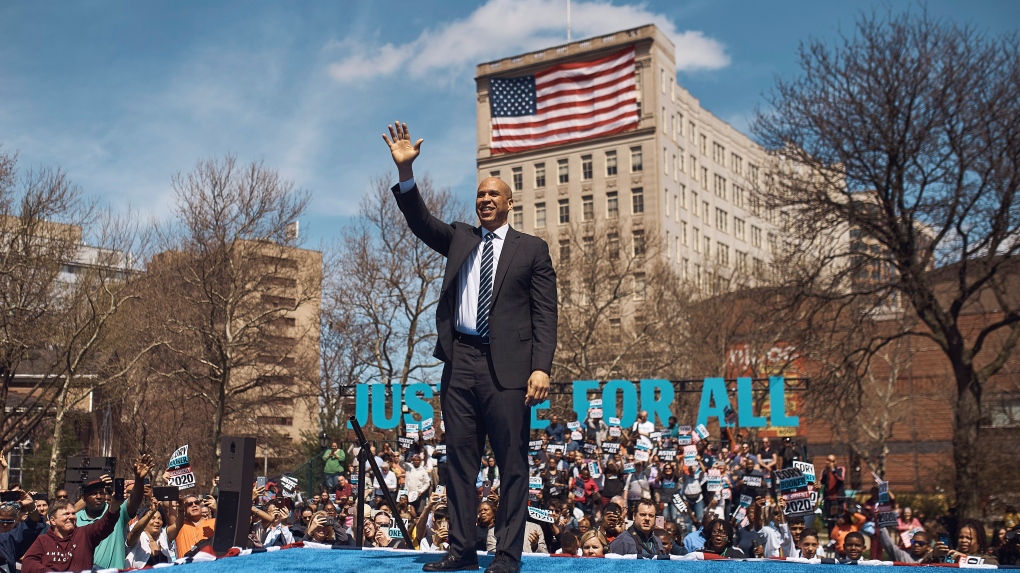 NEWARK, N.J. -- Mired in the 2020 pack, Democratic presidential candidate Cory Booker returned on Saturday to the city where he earned his political chops, hoping for a surge as he undertakes a two-week tour around the country and expressing confidence to supporters that he, like the country he wants to lead, "will rise."

The New Jersey senator joined the race more than two months ago, capped by an appearance before reporters outside his Newark home and with a call for the country to unite in a time of sharp division. He emphasized that theme in Saturday's rally, billed as a campaign kickoff, with the goal of gaining political momentum and distinguishing himself from among his dozen-plus rivals.

"Critics will tell us that a campaign powered by grace and love and a deep faith in each other" cannot prevail, Booker said. "But I say it's the only way we win. The president wants a race to the gutter and to fight us in the gutter. To win, we have to fight from higher ground in order to bring this country to higher ground."

Booker has made early voting states a priority during his 10 weeks in the race, yet he remains bunched among the contenders, with poll numbers in the single digits. Nonetheless, his campaign is projecting confidence that he doesn't have to lead early to succeed with a strategy built more on grassroots enthusiasm than national buzz.

"We're trying to win the election -- we're not trying to win a news cycle," campaign manager Addisu Demissie told reporters this past week, describing the approach as "organize and get hot at the end."

And to win, Booker said he would work to "make justice real for all."

The former Newark mayor and his team know that building a higher profile requires some bigger swings for attention that spotlight his oratory skills. Saturday's rally before a friendly crowd was intended to give the campaign a chance "to keep Cory front and centre with the voters, which is how you break out here," as Demissie put it. "You need to be visible."

The first stops on Booker's national tour are in Iowa, Georgia and Nevada. The themes he pressed at the rally included ending "mass incarcerations" and "the school to prison pipeline," passing gun control measures such as universal background checks and an assault weapons ban and advancing "Medicare for All." He wants to enact "comprehensive immigration reform" that also provides a path to citizenship for young immigrants who are in the country illegally and end "the sabotage" of the Obama-era health care law. He pledged to appoint Supreme Court justices who will defend the landmark ruling that legalized abortion.

His campaign announcement in February emphasized the importance of "common purpose" in politics, a message he's since expanded on to trumpet his successful work on bipartisan measures, such as the criminal justice reform bill that President Donald Trump signed last year.

"There are some folks that want to criticize you for getting into the sausage-making, for making compromises and horse-trading, but when I walk around my neighbourhood now, folk come out and tell me, 'Thank you for doing that bill,"' Booker told New York-based radio show "Ebro in the Morning" on Friday.

Booker, 49, raised more than $5 million in the first quarter of the year, his campaign said, which is less than higher-polling candidates Sen. Bernie Sanders of Vermont and former Texas Rep. Beto O'Rourke reported raising in their first 24 hours in the race. That sum ranks Booker behind at least six contenders, including South Bend, Indiana, Mayor Pete Buttigieg, who raked in $7 million.