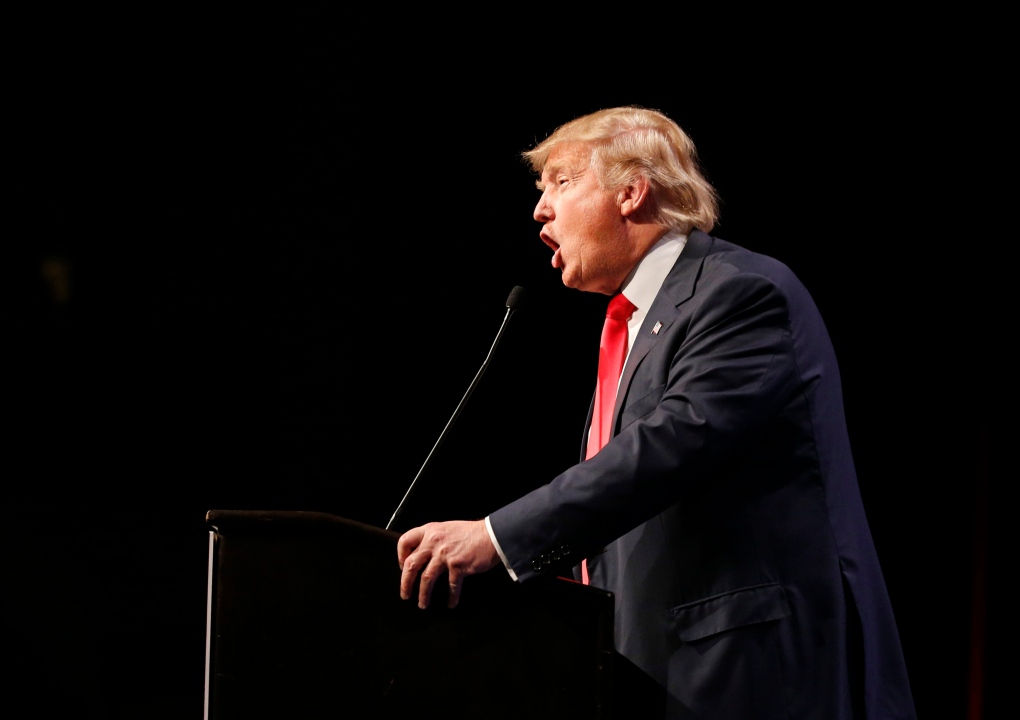 Conrad Black has penned a piece titled, "Trump Is The Good Guy," for the conservative National Review. It apparently delighted his old pal, who's currently leading national polls for the Republican nomination.

"What an honor to read your piece," Trump tweeted to the Canadian-born former media baron. "As one of the truly great intellects & my friend, I won't forget!!"

The Lord Black of Crossharbour, his official title as a British peer, retorted: "Many thanks, Donald and all good wishes in helping to clean up the American government. Honored to be your friend."

The Republican establishment is reportedly so mortified by the prospect Trump might win its party nomination it's angling for the first brokered convention in decades.

But his affluent admirer deployed his considerable linguistic arsenal in defence of Trump, in a piece that featured Latin and French words and such verbal amuse-bouches as "clangorous," "apercus," "reminiscences," and "mendacious."

The basic premise of Black's piece was that Trump is being unfairly smeared by the political establishment and media, whom Black accuses of dishonestly distorting his policies.

He describes Trump as a threat to the corrupt American political system where members of Congress represent corporate lobbyists, and media unfairly tar candidates.

Black went on to list a number of Trump policies he described as reasonable. The list includes restrictions on third-party political contributions to so-called Super PACs; booting out 350,000 illegal immigrants convicted of crimes; and universal health care for all Americans.

Trump has gone back-and-forth on health care. He once clearly endorsed a single-payer system, he now says the country can't afford it, he promises to undo Obamacare, but says he'll find other ways to ensure coverage for everyone. He has proposed busting down the barriers that limit insurance competition across state lines.

On illegal immigration, Trump's plan is far more extensive than expelling 350,000 people, as Black points out. The numerous other immigration provisions in his platform include ending birthright citizenship, and tripling federal deportation personnel to remove an unspecified share of the 11 million people without legal papers.

Black is more critical of his policies on foreign affairs and justice.

Trump favours a more hands-off approach abroad, and a tough-on-crime approach at home - Black calls the former "a bit flippant." As a former inmate who's deeply critical of the U.S. justice system, he also suggests his friend fails to appreciate its "rot."

He says the proposed ban on Muslim travellers was poorly phrased, and hysterically misrepresented. Black expects the candidate will eventually clear up the misunderstanding.

But on the whole, he gives high marks to his fellow Florida-dwelling friend.

"(He) is striking very close to the heart of the American problem: the corrupt, dysfunctional political system and the dishonest media," Black wrote.

"To adapt George Wallace's old phrase, he has shaken the American political system 'by the eyeteeth,' and it will be better for it."

Wallace was the Alabama governor who launched a third-party presidential run in 1968 in an effort to maintain racial segregation. His split from the Democratic party heralded a historic political shift, as the party lost its century-old hold on the south.

Speaking of third-party runs, Black predicts his friend won't make such a move.

Trump sounded determined late Tuesday to prove him right. After being wishy-washy on the issue recently, Trump appeared to rule out a split with the Republican party.

He did so during a Republican candidates' debate - and was especially explicit in a post-debate interview.

"I'm not going to be doing a third party... No matter what."