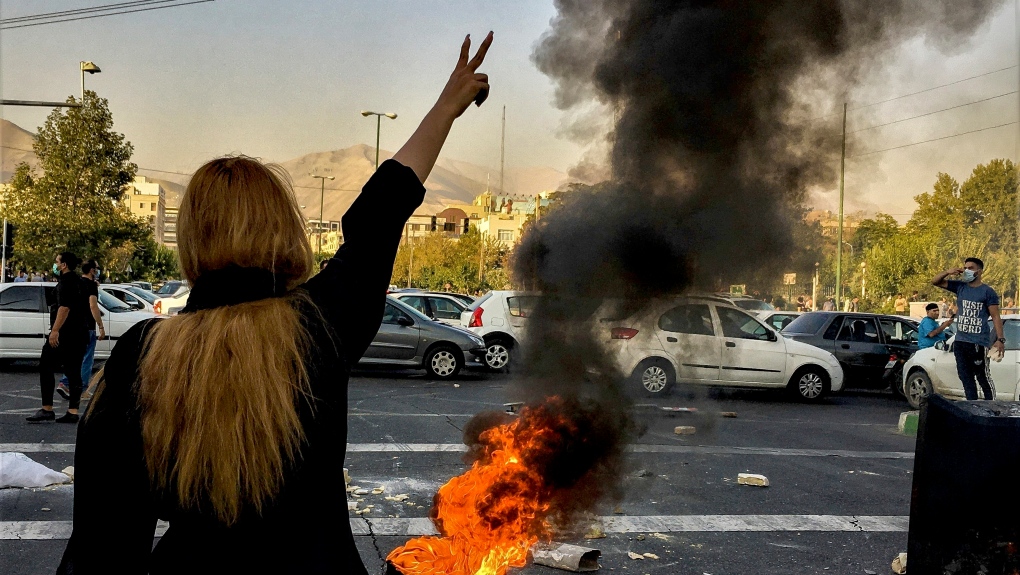 In this photo taken by an individual not employed by the Associated Press and obtained by the AP outside Iran, Iranians protests the death of 22-year-old Mahsa Amini after she was detained by the morality police, in Tehran, Oct. 1, 2022.(AP Photo/Middle East Images, File)
CAIRO -

Confusion over the status of Iran's religious police is growing as state media cast doubt on reports the force had been shut down.

The mixed messages have raised speculation that Iran's clerical leadership is considering concessions in an attempt to defuse widespread antigovernment protests that are entering the third month.

Despite the uncertainty, it has appeared for weeks that enforcement of the strict dress code has been scaled back as more women walk the streets without wearing the required head scarf. Monday also marks the start of another three-day countrywide strike called by protesters.

In Tehran's Grand Bazaar, about a third of shops were closed, witnesses said.

PM Trudeau presents premiers $196B health-care funding deal, including $46B in new funding