Colombia airmen plunge to death wrapped in flag during stunt 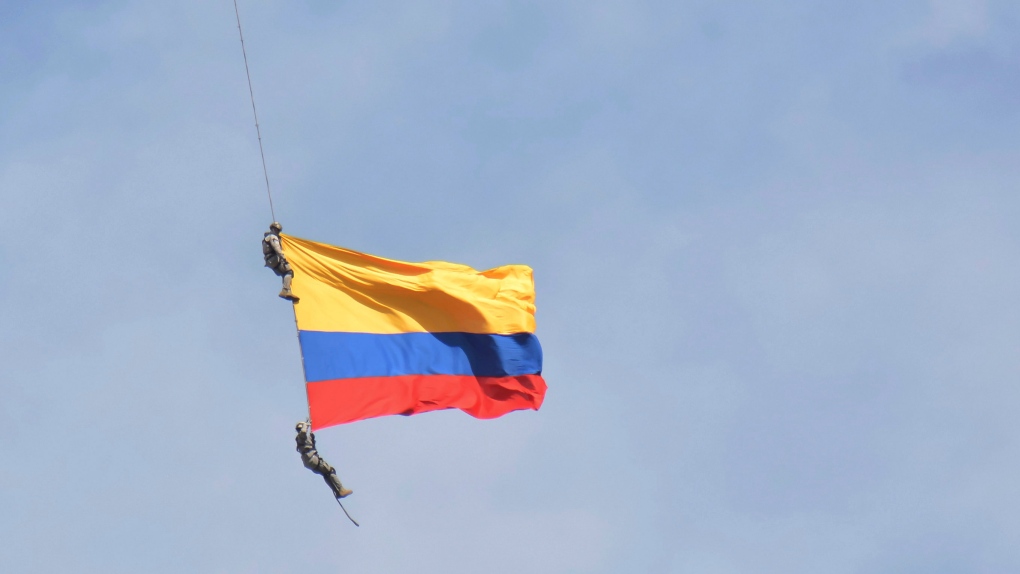 Two members of Colombia's air force hang from a cable under a helicopter flying a Colombian flag, before plunging to their deaths when the cable snapped during the mid-air stunt at the Medellin Flower Fair in Medellin, Colombia, Sunday, Aug. 11, 2019. (AP Photo/Luis Benavides)

BOGOTA -- Two members of Colombia's air force plunged to their deaths wrapped in their nation's flag when a cable hanging from a helicopter snapped while they were performing a mid-air stunt Sunday.

The accident happened during a parade to mark the traditional Medellin Flower Fair. The city's airport was immediately closed in the aftermath of the accident.

Videos circulating on social media show the moment when the two airmen fall to their death. Moments earlier they had been clinging to a metal cable and waving to the crowd below while carrying a giant Colombian flag through the air.

Colombia's Defence Ministry said it is investigating the causes of the tragedy.