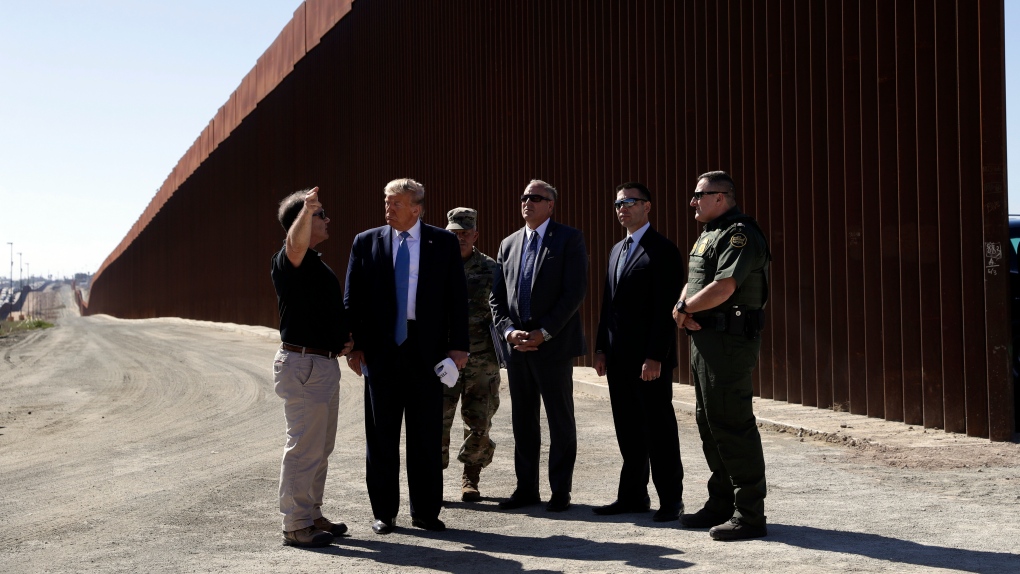 In a video posted online, an eight-year-old girl clambers up a replica of the border wall that U.S. President Donald Trump has called "virtually impenetrable."

Mom Karla Hancock posted a video of little Lucy Hancock scaling a wooden wall model in Kentucky, ahead of a border-wall climbing competition there next weekend.

As she climbs up the wall, Lucy wears a belay, a safety harness designed to catch a falling climber.

"We were able to help perform preliminary testing of the belay system this weekend," Karla wrote on Facebook on Sunday, Oct. 6.

"Lucy declared it an easy 5.7 with a tough dyno finish."

A dyno is when a climber makes a dynamic move using momentum to get to the next hold.

The imitation wall is the brainchild of rock climbing veteran Rick Weber, 75, who was spurred on by claims from the president last month that "20 mountain climbers" had tested the wall 'and we gave them different prototypes of walls, and this was the one that was hardest to climb."

"No one in our climbing community knows any of these 20 mountaineers. I doubt if they exist," Weber wrote in climbing magazine "Rock and Ice."

"The configuration and design is dimensionally identical to the 18-foot version of the bollard wall (vertical steel square columns) now being erected along our southern border," the retired engineer wrote.

"With volunteer help from a few climber friends, I built and erected the section of wall over a four day period."

Weber says an adult climber, Erik Kloeker, was up and over the wall in about 40 seconds.

Weber is hosting the wall-climbing competition on his land in eastern Kentucky this weekend with a prize for the fastest climbers.