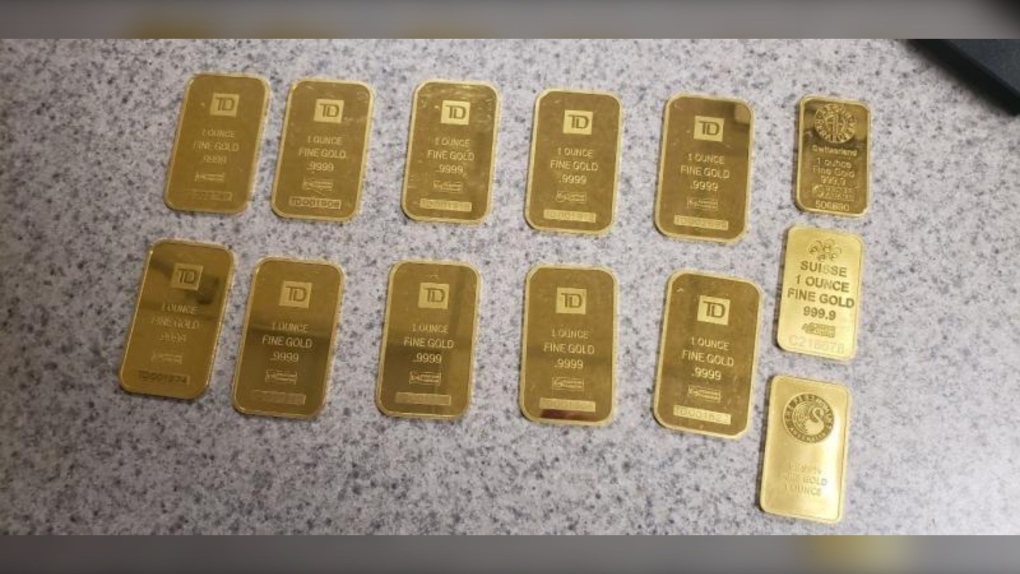 TORONTO -- A Chinese woman was arrested after allegedly entering the United States illegally from Canada while carrying more than $38,000 in gold bars, according to border authorities.

The 36-year-old woman was apprehended near the town of Amity, Maine on Tuesday, the agency said in the statement.

Officials said the woman admitted to being a Chinese national illegally present in the U.S. The woman told border authorities that she had been legally allowed into Canada as a student and illegally crossed the border to visit a friend in San Francisco, Calif.

Border officials from the Houlton Border Patrol Station determined the spot where the woman illegally crossed the Canada-U.S. border by matching footprints with her shoes, according to the statement.

The woman, who has not been identified, was subsequently sent back to Canada following her arrest.