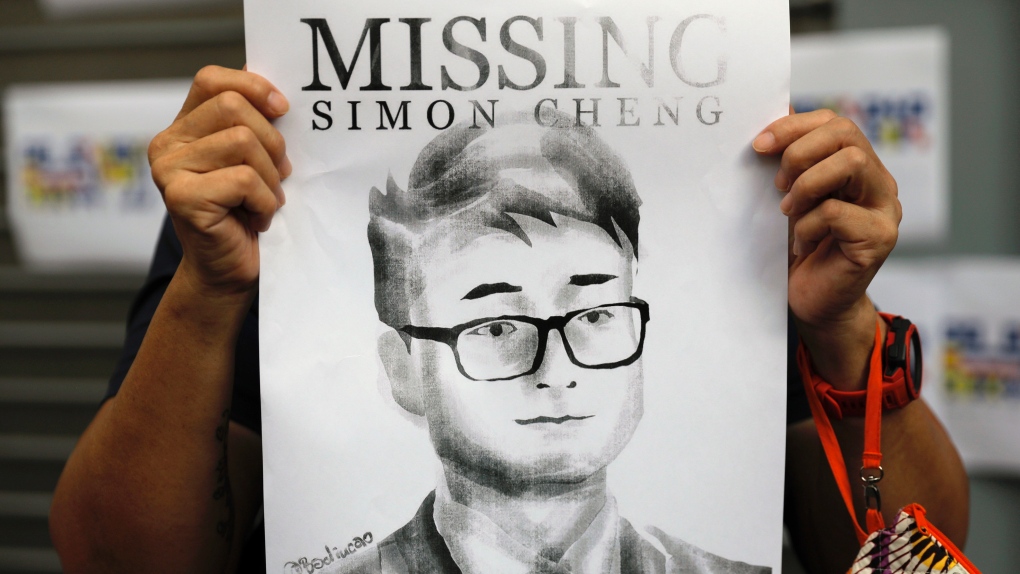 In this Aug. 21, 2019, file photo, a supporter holds a poster outside of the British Consulate in Hong Kong during a rally in support of an employee of the consulate who was detained while returning from a trip to China. A former employee of the British Consulate in Hong Kong says he was detained and tortured by Chinese secret police trying to extract information about massive anti-government protests in the territory. (AP Photo/Vincent Yu, File)

BEIJING - China's ruling Communist Party's newspaper has published surveillance video which it says proves the guilt of a former British Consulate employee in Hong Kong who was detained for 15 days on a charge of soliciting prostitution.

The People's Daily report Thursday follows a detailed online account from the staffer, Simon Cheng, who says he was tortured, questioned about pro-democracy protests in Hong Kong and forced to confess during his detention in the Chinese city of Shenzhen.

The People's Daily denied he was tortured and said it obtained the video, which shows Cheng at a massage salon, from Shenzhen police. It does not offer concrete evidence that Cheng solicited prostitution, nor does it prove that he was not tortured.

Cheng has acknowledged that he got a massage on his business trip.